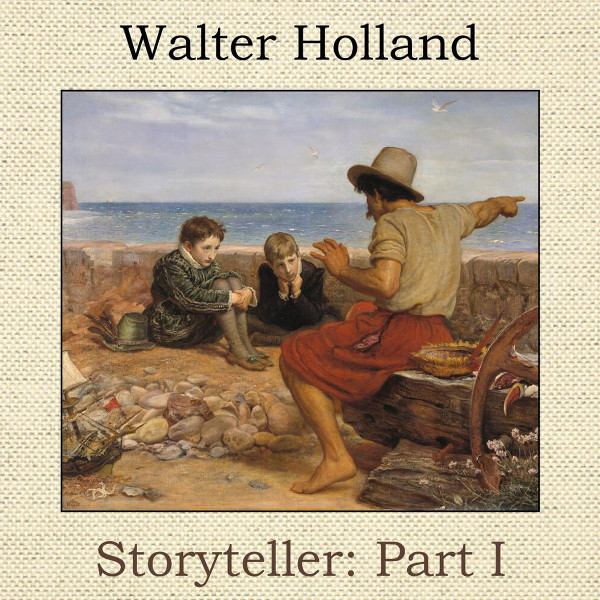 This album might be the last thing one would expect from Walter Holland: an album of traditional, cover and original folks ongs, especially given that his previous releases were pretty much Tangerine Dream and Pink Floyd influenced synth epics with little or no vocals; his last album Transience of Love was released around 30 years ago, so a lot can change in that amount of time, including an artist’s interests. Through all those years, Holland has intermittently appeared on albums by Djam Karet and Black Tape for a Blue Girl, but this is indeed his first solo release since 1989. The vocals, keyboards, synthesizers, and guitars, as well as the recording, mixing and production of the eleven tracks herein are shared by Holland and Steve Leonard (from the Cretones) – notes say that the harder guitar parts were payed by Holland and the harder keyboard parts were played by Leonard. In addition, they are credited with some unusual sounding things like frequency matrix wave stimulator, holographic signal concentrator, chromatic aperture transducer, membrane differential waveguide, composite modular slot array and many more… photos of these gizmos are included in the CD booklet; most look like old 50s equipment that one might find in a dusty corner of some electronics surplus store, or featured on some old episode of The Outer Limits. In addition, Jon Camp (ex-Renaissance) adds bass on a couple tracks, and drummer Nicole Falzone is featured on a couple others as well. The covers include numbers by Ralph McTell (“From Clare to Here”), Barry Moore (“City of Chicago”), and Jimmy McCarthy (“Ride On”), plus a number of folk traditionals from the 18th and 19th centuries. The vocals and arrangements throughout are superb, and often reference Holland’s electronic sounds that he is known for in his previous work, just transferred into a whole new setting. My only complaint is the extremely low level coming right off the disc, it’s only a fraction as loud as it should be. That said, this is still an excellent set that should be of interest to all fans of traditional and modern folk music.