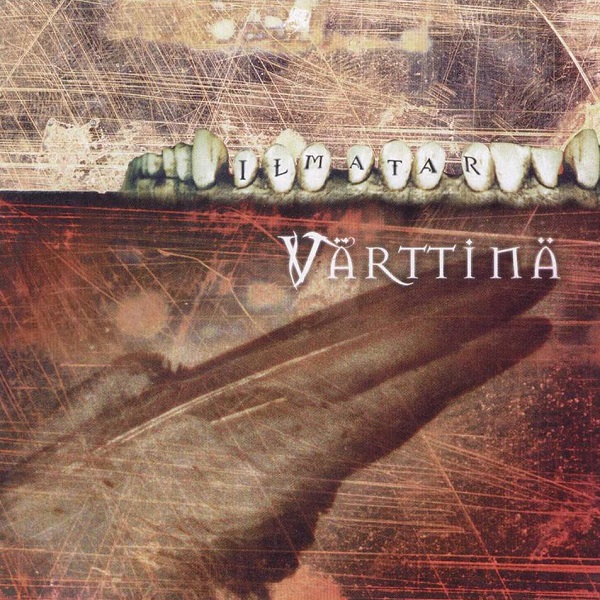 With Ilmatar, the Finnish band Värttinä enters a third phase of their career. The switch to NorthSide puts them in the company of many like-minded Scandinavians. Like Sweden’s Hedningarna and Garmarna and Denmark’s Sorten Muld, Värttinä take their folks roots and expand on them, utilizing musical influences from around the world and the best that modern technology has to offer. Having started in the early 90s with relatively traditional renditions of Finnish music on their first few albums (released originally on Green Linnet’s Xenophile imprint), they added more and more non-folk elements, culminating in Kokko and Vihma (1996 and 1998 respectively). Those two albums showed a band reaching out in all directions, grabbing everything from Middle Eastern percussion to dance-floor electronics. Ilmatar finds them a little more at home with themselves, still including those diverse influences but crafting a sound of their own. That sound is like nothing else on earth. Four female vocalists front the band, ranging from intimate solo spots to lush harmonies; the melodies are complex but instantly hummable even if you don’t understand the words. Backing comes from bass, drums, and an array of percussion topped by violin, accordion, sax, and a wide variety of other instruments. The music is mostly quite energetic, and a trademark is shifting accents, so that while a piece may be in 3/4, you get the impression of constantly shifting time signatures. Värttinä is one of my all-time favorite bands, and I can’t recommend this new album highly enough.