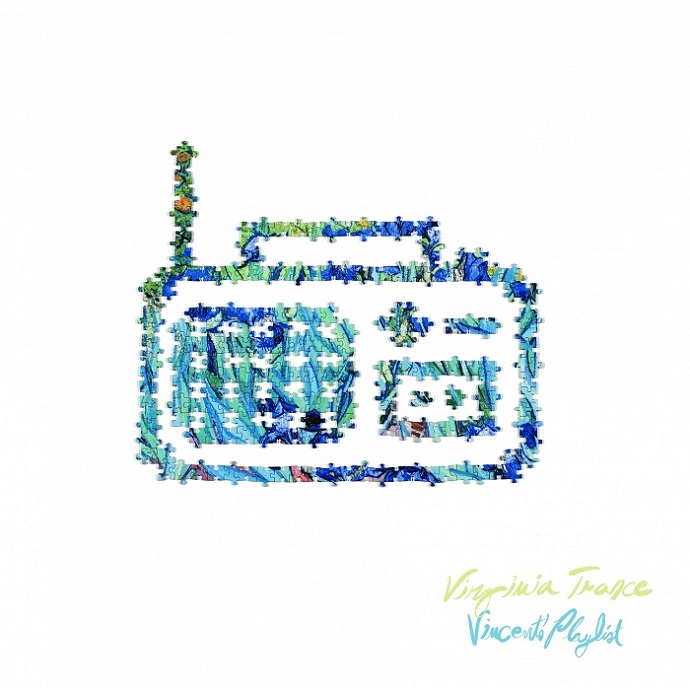 For all intents and purposes, Virginia Trance is just one guy: guitarist, singer, and songwriter Scott Ryan Davis, who also handles keys and bass on this or that track. The two other members of the core trio (drummer Chris Millstein and bassist Jimy Seitang) don’t even rate a place in the band photo. There’s also another guitarist, Sam Maquieira, who plays on a few tracks as well as clarinet and sax player Ryan Weisheit, who features on a few of the songs. The ten tracks on this, the second full length Virginia Trance LP, are basically alternative-indie grunge pop with a lot of jangly guitar elements, nearly indecipherable lyrics, and a lot of attitude. Even on the opening cut, “High,” it only takes until the vocals cut in from the guitar intro to recognize that there’s a lot of Velvet Underground worship going on here, so it’s really no surprise when you get about five tracks in and find a cut called “Hello Lou Reed.” Most of the tracks stick to the time-tried formula of two to three minutes, make a statement, repeat the guitar riff a bunch of times, and then move on to the next song, which after a while all begin to sound pretty much the same. There are some psychedelic elements here and there, some respectable guitar solos, and the songs with the woodwinds are a nice touch, but when all the songs sound so samey, it’s hard to come up with any standouts in the bunch, and by midway through I’m getting a little tired of the same attitude, guitar jangle, and overall repetitiveness; perhaps “Sway” is the only track that offers any significant difference from all the others, but it too suffers from endless riff repitition, and I’m pretty much sick and tired of it well before it’s over.

A Little Trip to Oxnard