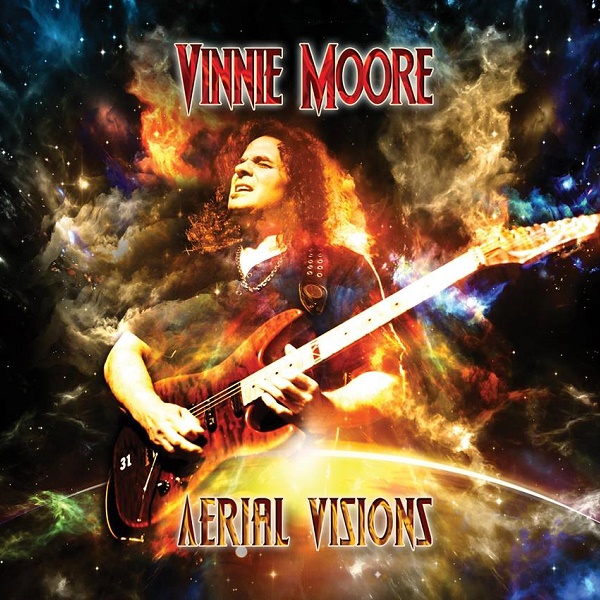 Guitarist Vinnie Moore has a string of solo albums going back to the 80s, when he emerged as one of that decade’s crop of super-dextrous players, along with Steve Vai, Joe Satriani, Eric Johnson, and the rest. He lent his services as a hired gun to Alice Cooper in the 90s, and joined UFO in 2004. This collection of tunes touches on a variety of styles, all featuring his six-string as chief melodic instrument as well as purveyor of solos. His playing is inventive within the bounds of rock, with a hint of the blues almost always present, but without any really outside or jazzy touches. Many of the tunes have a kind of boogie backbeat, and he gives us a cover of ZZ Top’s “La Grange” as a connection to previous generations of guitar music. He keeps very much to the original feeling and intention of the song, though he tricks up the rhythm part with all sorts of trills and flourishes. Across the ten tracks, he hits on many of the different staples of rock guitar: the crunchy rhythm parts, the fast-picked solos with pinched harmonics, the crystalline clean arpeggios, the pseudo-funky off-sixteenth accents, the soaring whammy-bar melodies with and without Wishbone Ash style harmonies, the usual gamut. I’m sure Aerial Visions will be enjoyable to Moore’s core fanbase, and contains nothing out of the ordinary that might scare them off. But for someone outside the circle of guitar-junkies, there’s not much of interest. It might have taken more than one freaked-out wah-wah solo (of which there are none) to win me over, but it would have helped.