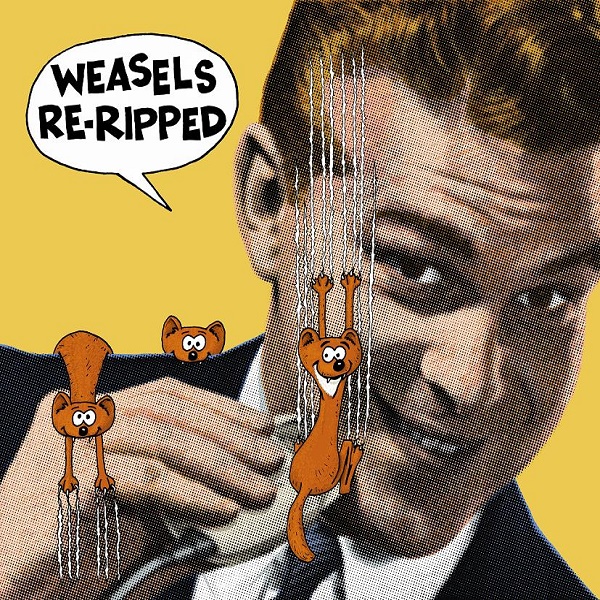 Even with his tragically young death, Frank Zappa had a career that spanned many phases, from the early experiments with avant-garde doo-wop to computerized music. Lately I’ve been enjoying the early recordings a lot — the wildly creative combination of elements is very engaging. Weasels Ripped My Flesh, along with its companion Burnt Weeny Sandwich, can be regarded as the transition from the early Mothers to the more jazz and progressive early 70s material, as they were assembled from a wide variety of recordings after Zappa had disbanded the original Mothers of Invention. Given its hodge-podge origins, Weasels is an interesting candidate for a tribute, but there are a lot of creative musicians in the world who have been inspired by Zappa’s music, so it should be no surprise that the result is pretty darn good. Not that any of the contributors are well known – the only one I’ve encountered before is Zappa Early Renaissance Orchestra. Other entries come from Spanner Jazz Punks, Inventionis Mater, Gumbo Variation, Jerry Outlaw & Friends, Evil Dick, Fuchsprellen, Muffin Men, and Zappatika, some of which might be ad-hoc groups thrown together just for this collection. Zappatistas is the only band I can find outside of this and other Zappa tributes on Cordelia. But no matter, the quality of performance is consistently high, and most of the tracks hit the right balance between adhering to the original and contributing something new. The odd spoken bits of the original album are replaced by similarly-toned spoken parts. In general, the music comes off as avant-jazz-rock. Unsurprisingly, “My Guitar Wants to Kill Your Mama” (by Muffin Men) leans more to the rock side; “Oh No!” is one of the jazziest tracks, with a lovely guitar solo from John Etheridge of Zappatistas; Evil Dick’s “Eric Dolphy Memorial Barbeque” is a scattered electro-acoustic bit of strangeness. In other words, nothing that a fan of Zappa’s original shouldn’t be able to get into. A worthy addition to the legacy of an American original.