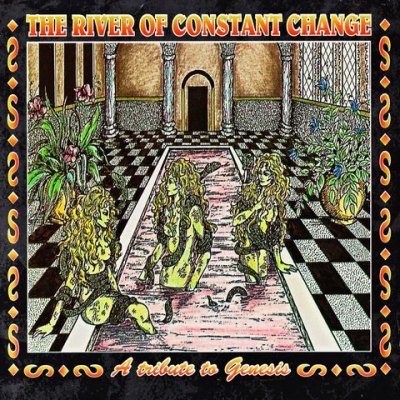 There’s no disputing the pervasive influence of Genesis on much of the progressive rock of today, and this two-disc set is the first of two tributes paying homage to them. This one features mainly British neo-progressives or virtually unknown Italian bands, with a few from elsewhere scattered within, some with totally derivative names like Seconds Out and The Queen of Maybe. The few Italian groups that one might recognize – Men of Lake, Eris Pluvia (now translated to The Ancient Veil) and Notturno Concertante, have either posted relatively unremarkable performances, or completely blown it (case in point is Men of Lake's "Twilight Alehouse"). In general, the better known British artists have fared much better, with Paul Ward's medley-take of "Wot Gorilla" being perhaps the best song on either disc, with Galahad's respectable "Chamber of 32 Doors" being not far behind – and though I despise the song, Final Conflict's "No Son of Mine" (why did they do that?) will give the original a run for the money. But Legend's awkward and irritating rendition of "The Day the Lights Went Out" – a lousy choice of a song to begin with – will make even the most enduring listener cringe.

But the best – and the worst – covers are offered by some of the virtually unknown Italian bands. Despite their positively brilliant debut album (reviewed in last issues’ roundtable), Finisterre's "Harlequin" is sloppy and off the mark, and like several other bands here, they have no business singing in English. By contrast, Mysia's "Hairless Heart" is a monster, and blows the Genesis original right out of the water. T.M.A.'s "Ravine" and Art and Illusion's "Lilywhite Lilith" are also worthy of note, the former so radically different that I had to look at the booklet to ID the song. Graziano Romani, a Joe Cocker sound-alike, injects a powerful new spirit into "Looking for Someone," while Submarine Silence's purely instrumental take on "Entangled" gives that song a whole new feeling. Germinale's "The Knife," with its center section sampled from Zappa's first album, is decent enough though memorable only for that brief novelty. And what could be done with "Horizons"? Max Michieletto of Asgard has done a fine job taking it into new directions.

These are only the memorable tracks. There are definitely some monumental stinkers here too. I don't know if it's just a coincidence or if it was planned to be this way, but it sure seems like the second disc is loaded with most of the best tracks, while the first is home to most of the losers, though there are a few tracks on both discs that don't comply with this theory. Truly, this could have been a much better package if condensed to one seventy- five minute disc of the best material, rather than two and a half hours with all the mediocrity mixed in. Still, definitely worth a listen, and probably something that the hardcore Genesis fan won't want to be without.