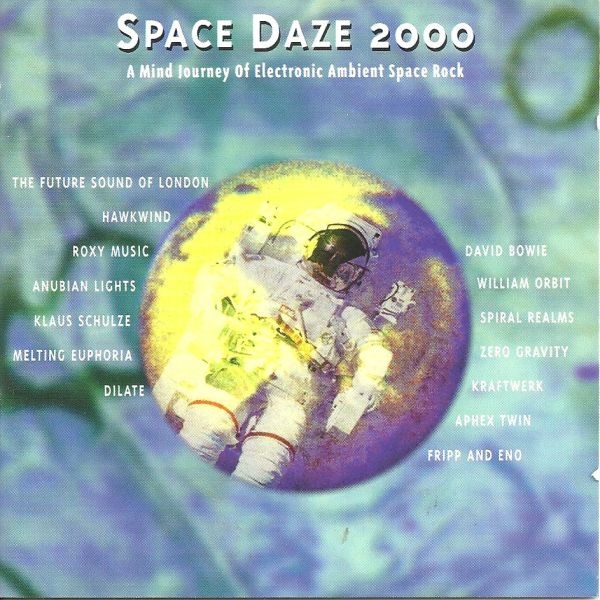 The album's subtitle "A Mind Journey of Electronic Ambient Space Rock" pretty much sums it up. Material by fourteen different artists is collected here, representing a wider range of music than one would think that label implies, but the album balances well and most importantly is an enjoyable listen. Several artists from the techno camp (Aphex Twin, FSOL, William Orbit) are represented, as well as artists from the Hawkwind circle (Anubian Lights, Spiral Realms, Zero Gravity and "Wind of Change" from Hawkwind's Hall of the Mountain Grill). German space pioneer Klaus Schulze contributes a sizeable piece from the Timewind album, while Kraftwerk's piece is "Antenna" from Radioactivity – not my favorite, but it works well in this context. From Cleopatra's regular stable there are contributions from Dilate and Melting Euphoria. Interestingly enough, Roxy Music's "Out of the Blue" featuring Manzanera's swirling phased guitars found its way on here – and while on the subject of Roxy Music, what would an electronic/ambient album be without something by Eno? Indeed, he is here twice, once with Bowie on "All Saints," and another with Fripp on "Wind on Water." In all, a good introduction to some of the better artists in this field.