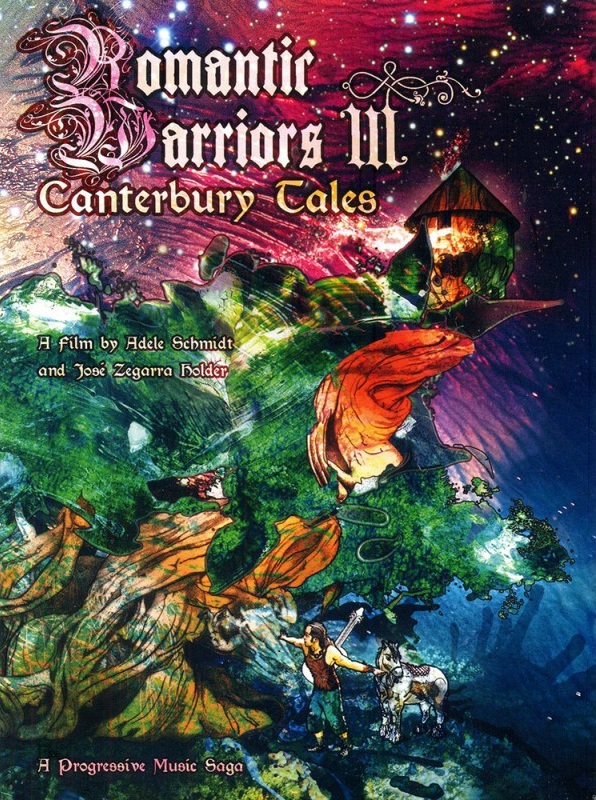 With the third installment of their Romantic Warriors documentaries, filmmakers José Zegarra Holder and Adele Schmidt delve into the rich, somewhat confusing, and vaguely defined melange called the “Canterbury scene.” Daevid Allen serves as the core and de-facto narrator of this story in a series of quirky interviews (obviously the only kind of interview Allen ever gave), which is eminently appropriate, as it was his early-60s arrival at Robert Wyatt’s family home with his free-wheeling style and eclectic record collection that opened the ears of the young men who became the Wilde Flowers, with their interests in jazz and avant garde sounds, and the Wilde Flowers was the band that proved the genesis of the whole genre. Allen defines the Canterbury sound as “thinky music in shiny black shoes,” which is as good a definition as any. Early live footage of Soft Machine, Gong, and Caravan is one of the highlights of the whole film, and a glimpse into the freewheeling psychedelic times that set the stage for all that was to come. In addition to Daevid Allen’s interviews, some other key figures, somewhat lesser known, are included: Dirk Mont Campbell, Bill MacCormick, Didier Malherbe, Brian Hopper. There are also archival interviews with Nick Mason, Chris Cutler, and others. Aside from musicians, others related to the scene provide input, like Aymeric Leroy, Leonardo Pavkovic, and Bruce Gallanter. On the whole, the fact that this film exists is such a treasure to the history of progressive rock that it seems almost petty to point out its flaws. There are a few times where the flow of the storytelling – which is broadly chronological – gets confused, particularly on the lengthy segment devoted to Robert Jan Stips of Supersister, which covers the whole history of that band while the central story of Soft Machine and Caravan was still only up to about 1970. That’s followed by a segment with Didier Thibault of Moving Gelatine Plates which also seems out of place (though the brief snip of them playing live is pretty cool). The diversion continues by jumping to recent times to cover Forgas Band Phenomena, which is very confusing. Those are minor quibbles – Romantic Warriors III is a treasure for fans of progressive rock, both a great introduction to one of the lesser-known (to the public at large) facets of the genre and a look into what made this diverse collection of bands and musicians into a “scene” that is readily identifiable even to this day. And even for those who are not dedicated prog-heads, the film has a lot to offer regarding the creative process and how music comes to be. The Canterbury bands in general have little in common with the big names of progressive rock (Yes, Genesis, King Crimson, ELP, Gentle Giant), so even viewers who can’t stand that style can find things to like here. It’s also a peek into both the creative and practical aspects of making music, with insights into how the artists ended up making the kind of music they did as well as touching on the financial situations that left many of them unrewarded for their work. Sadly, many of the key players in this scene are no longer with us (Hugh Hopper, Elton Dean, Daevid Allen, Pip Pyle, and others), so this film also serves as a contribution to their legacy, a searchlight aimed into the mists of time, lest this great art be forgotten.