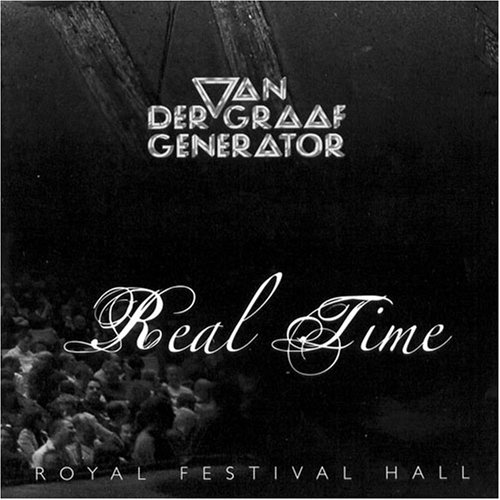 Impossible reunions by not-so-spring chickens are now becoming fashionable. This is due in part to both Cream and Van der Graaf Generator taking the live stage the same week for surprisingly inspired performances. These recordings of the first night of the latter band’s revival were highly anticipated, and the classic line-up delivered a not only well-rehearsed but stirring set list, showing skills intact, and of course still angry after these years. Band picks for tracks to perform include most of Godbluff and some songs fans wouldn’t easily expect (“(In the) Black Tower”). Some pieces, such as the faster paced “Killer” and “Darkness” seem fresh as if the quartet has barely had time off since last playing together in 1976. “Childlike Faith in Childhood’s End” makes me want to be sitting in the auditorium to take it all in. Hammill straps on lead and rhythm guitar for much of the gig, adding unison reinforcement for lead vocal on “Lemmings” and ‘Masks”; the former piece comes off as nearly a definitive version in fact. Hugh Banton’s organ has never sounded finer in the mix, both subtle and supportive on pieces such as “Darkness (11/11)” and “Man-Erg”; his feisty solo on “Killer” burns with excitement. The newest material given the live treatment consis of “Nutter Alert” and “Every Bloody Emperor,” which come off well, giving the band some free room to improvise a bit before the singer imparts dagger-tipped lyrics. Reeds man Dave Jackson is spot on across the disc with his boisterous sax persona shaping the aggressive aspect of the band. His flute intros to both “Undercover Man” and “Refugees” add a much needed subtlety to the pieces which had been an important element of the old band psyche. Despite the fact that Hammill wanted Virgin to put out the disc, his own indie label has a done a tremendous job of presenting a strong gig by a still on-going concern despite Jackson’s departure.