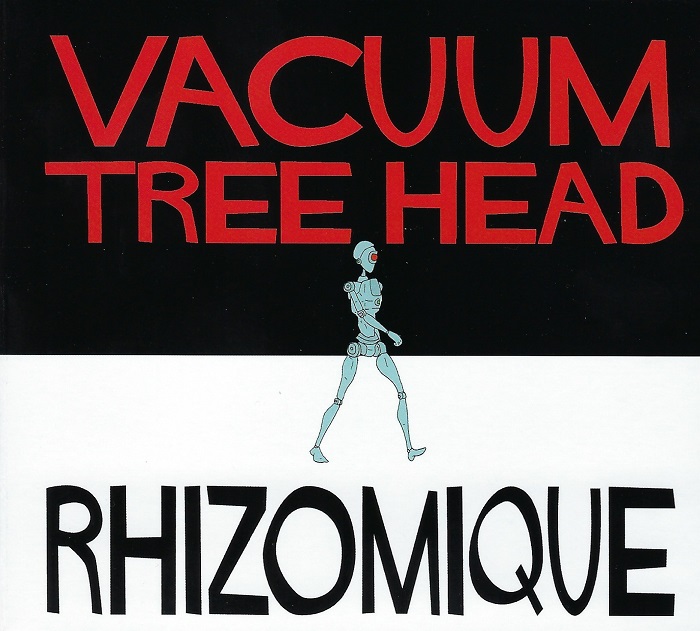 We last heard from VTH in 2018 with their two excellent EP-length releases Aasraa and Botofogos in Shadow Position. Fact is, it’s pretty hard to track down information on these guys; Discogs shows only four releases by them, the latest being 2011. If you search the internet you’ll get all kinds of hits for vacuum cleaners, intake manifolds and matched vacuum tubes, add “band” to the search and you’ll do a little better. They do have a Myspace page with audio for many of their earlier albums, and their Facebook page shows images of the current edition of the band and their more recent releases. Rhizomique, their latest offering, was released in December of 2019 and features nine tracks, but still clocks in at just under twenty minutes. That’s not a complaint, not at all, this band is a powerhouse of ideas and never fails to generate interest or deliver impressive outbursts of tasty musicianship. Founding members Jason Berry and Michael De La Cuesta, both multi-instrumentalists, have a hand in the composition of nearly all of the cuts, along with Amanda Chaudhary (synths, keyboards, piano) and guitarist Richard Corny helping out, track depending. Drummer Justin Markovits and bassist Brett Warren play on all of the cuts, as does Jason Bellenkes (flute, soprano, alto and tenor saxes, clarinet) and Steve Adams (baritone sax), with several other instrumentalists playing on this track or that, throughout the album. The set kicks off with “Hegemony Cricket” that will remind a bit of instrumental Zappa in the Grand Wazoo period, but it is the unmistakable acrobatic voice of Amy X Neuburg that is first heard on the second track, “Bosses,” that pretty much sets the tone for much of the rest of what’s here, carrying forward to “Nubdug” and “Marlon Brando” with a mix of power jazz, rock, hints of bop, funk, Canterbury, and much more. “Mystic Chord” is a short instrumental vignette that offers layers of woodwinds over Myles Boisen’s lap steel with unusual electronic sounds hovering in the background, with another short instrumental “Gnostic Charms” following, this one being more aggressive and driven, back into Zappa territory, though it’s barely over a minute long. “Meritaten” is barely half a minute, but acts as an introduction to the powerful and funky “EMS Deluxe,” a bit reminiscent of the early 70s Miles Davis style, with Amy X’s vocals gracing both tracks and a killer guitar solo by Corny. “Bubbleclaw” closes the set with Neuberg's voice over an engaging slow-building jazz-rock epic all of a minute and a half in length! There’s a lot of amazing twists and turns across these nine tracks that will keep the listener on the edge of their seat.