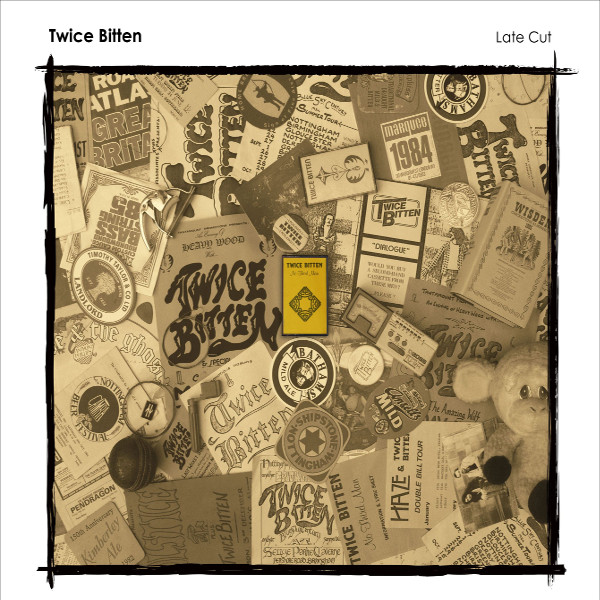 Twice Bitten started life in late 1982 at Nottingham University, the duo of Rog Patterson and Greg Smith, both philosophy students, guitarists, and singers, and although the wordsmith of the duo was Patterson, they both created the music. It doesn’t take more than half a song to recognize these guys had a strong admiration for the music of Anthony Phillips, an influence they put to good use on all their pieces, with acoustic and electric six and twelve string guitars and Smith sometimes playing bass. During their short time together (they began performing in 1983, and had pretty much called it a day by 1986) they had success as an opening act for the likes of Twelfth Night, Solstice, Pendragon, Haze, and other bands of the day, yet they only left behind two recordings, both until now only self-produced cassette tapes: Dialogue from 1984 – barely 20 minutes in length – and No Third Man from 1985. Late Cut is an archival re-release that includes all of the latter cassette, remastered, with two additional songs appended that the duo recorded in 2015, one of which (“Crocus Point”) clocks in at twelve minutes, and aside from the singing, sounds pretty much like an out-take from Trespass. The songs throughout bear some thoughtful lyrics (would one expect anything less from philosophy students?), with a couple instrumentals thrown in for good measure. “Send Returns” is one of those, sounding like both guitars were recorded forwards and played backwards. Both Smith and Patterson have great voices, and serve their compositions well, both when singing alone or in harmony. The interlocking guitar parts are at times amazing, especially so on “Blue Sky Century” that opened the second side of the original cassette. The booklet contains all the lyrics, photos of the band then and now, plus a history of the duo’s career. A welcome release!

Chris Béya Atoll - Illian, J’entends gronder la Terre – There are several reasons to expect the worst from this release. Many “reunions” and “reformations” of bands from the 70s have not turned out well; a look at the credits shows...  (2005) » Read more