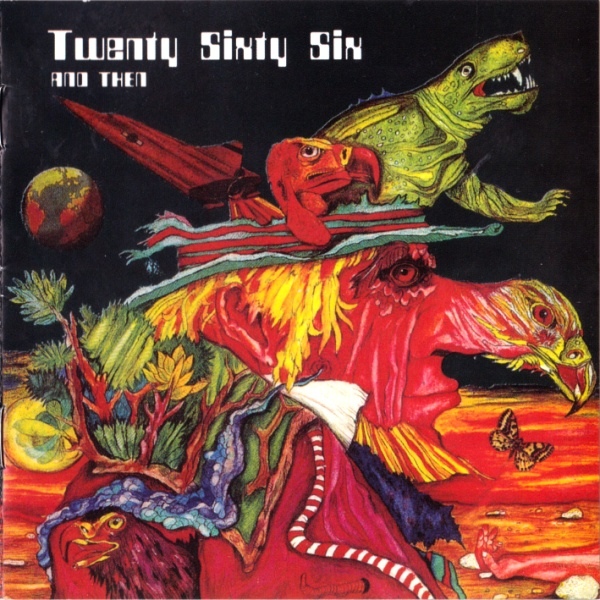 Twenty Sixty Six and Then's Reflections on the Future remains one of the most legendary German prog LPs. As the master tapes were lost long ago, a reissue didn't seem likely, except as an LP transcription. But through a diligent search, the people at Second Battle Records found tapes with alternate versions of all the Reflections on the Future songs, in many cases extended, and in the case of "The Way That I Feel Today," retitled (it was originally called "How Would You Feel"). This album may be one of the best from the German underground prog scene. The simmering electric guitar and bluesy vocals ought to please the heavy rock fan, yet there's also something to give pleasure to the serious prog-head: dual keyboards. The interplay between keyboardists Veit Marvos and Steve Robinson is quite amazing. The lightning organ-runs on "At My Home," the abundant swells of Mellotron on "Autumn," the alternating electric piano/organ lines on "Butterking," and the unbelievable (for 1972) synthesizer duet in the middle of the 16-minute title tune are all absolute marvels to behold, and make up part of the reason why the album is so great. As stated before, this falls into the heavy-rock mold. Don't let that scare you off. Though Geff Harrison's vocals can be a bit on the gruff side, and the guitar tone is somewhat proto-metal in the Black Sabbath vein, the musicianship, composing and attitude point towards progressive rock. This is not a bunch of garage-rockers with arty pretensions, these are talented musicians with valid musical ideas. In fact, the surging guitar helps create a maelstrom of intensity, which is part of the magic. Listen to the guitar/organ tradeoffs on "Autumn" for a good example, or the guitar and flute playing in unison at the beginning of "The Way That I Feel Today." The one real drawback of the album are the three bonus tracks, most of which don't fit in to the style of the rest of the album. The last two were obviously recorded much later, so that would account for their difference in sound. In fact, "Time Can't Take It Away" would later be re-done by Veit Marvos' subsequent band, Emergency. The version here is much slower, less complex and not as good. The older track, the 13-minute instrumental "Spring," is closer in character to the earlier songs. Heavily centered around organ, it's ephemerally pleasing, but longer than it needs to be. This band was an undeniable firestorm of talent, and this album is a fitting epitaph to their memory. If you've never heard anything from this period in German rock history, you owe it to yourself to let this album be your introduction to the subgenre. My heartiest recommendations go out to this.