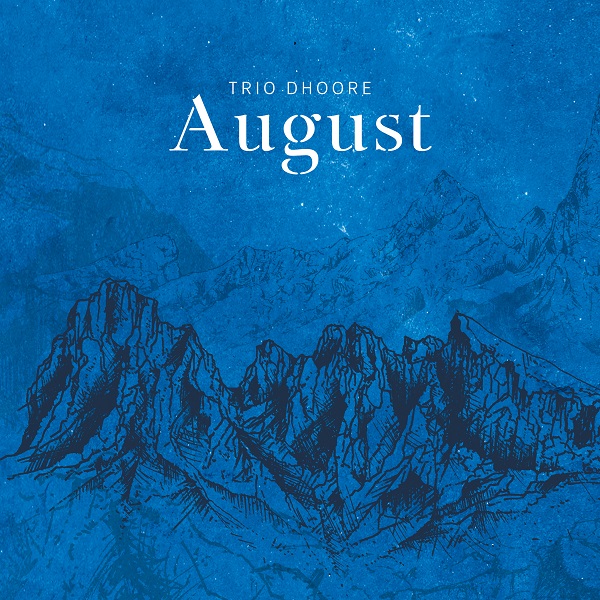 Three brothers from Flanders (in Belgium) founded the band in 2010 to create original instrumental music rooted in Flemish traditional sounds, with August being their fourth offering. Deeply rooted in European folk and world music, the nine instrumental pieces at hand tell the story of a Flemish fisherman named August who survived nearly three dozen dangerous journeys between Flanders and Iceland in the 18th Century to feed his family back home, a man who never gave up, and an instpiration to many. Hartwin Dhoore plays accordion, Ward Dhoore plays acoustic guitar, electric guitar and synthesizer, and Koen Dhoore plays hurdy gurdy. That's the core trio, but actually this is a quintet, also featuring Gregory Van Seghbroeck (euphonium and bugle) and Jeroen Geerinck (harmonium, synth, recording, mixing, and production), the album's tracks all being trio compositions. Their music is a beautifully crafted collection of strongly melodic pieces that are at once warm, tempered and powerful, with every player an essential element of their sound. Even without drums and a bass per se, there is still a strong rhythmic element within their sound when it’s needed, but just as often the sound stretches out into pure melodic bliss, with accordion and hurdy gurdy intertwining melodic threads, the guitar keeping the semblance of structure. In short, the nine cuts on August make for a magical blending of elemental folk sounds like no other, intensely melodic and definitely worthy of attention for those into Celtic instrumental sounds of early Alan Stivell, Dan Ar Bras, and the like.