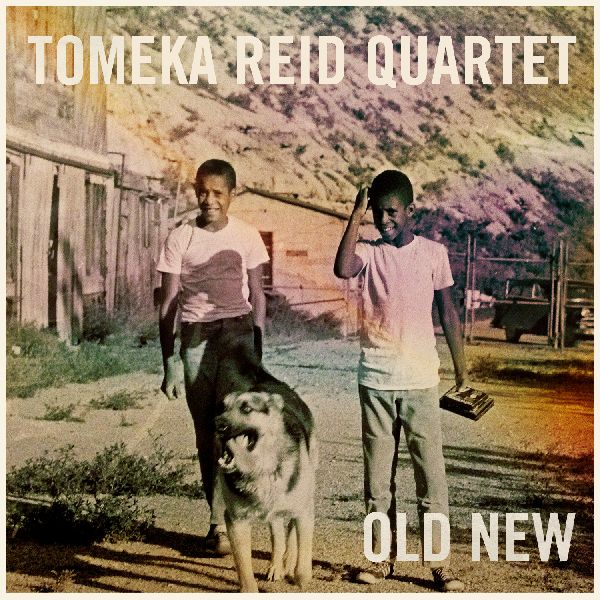 For her quartet, cellist Tomeka Reid joins up with two thirds of Thumbscrew — Mary Halvorson (guitar) and Tomas Fujiwara (drums) — and bassist Jason Roebke, a Chicago musician with extensive credits in avant-jazz. A jazz quartet led by cello is of course going to sound out of the ordinary, and the combination of Reid’s cello and Halvorson’s guitar makes for lots of great moments. Reid sticks to natural sounds from her instrument, without electronic enhancements, but her skills are such that no augmentation is needed. Her playing is based in the blues, with many folksy inflections, but she ventures into avant territory from time to time with scrapes, fluttering plucks, and other techniques, coaxing all manner of interesting sounds out of her cello. Her solos are dextrous and imaginative, building outwards from the blues into territories I’ve never heard a cello enter. Halvorson’s guitar is the other prominent feature of Old New, and she seems to be exploring the possibilities of her effects pedals in ways I haven’t heard her do before. Her use of the pitch-bending whammy pedal is particularly striking, sometimes imitating the cello’s glissandi, sometimes interrupting lines with woozy detours. On “Edelin” she tacks on a degree of distortion I’ve never heard before in her playing. Of the dozen or so recordings I’ve heard Halvorson on, this is by far her best work. Roebke is good in his mostly foundational role, though he gets a few solo spots, and Fujiwara is generally subtle, keeping things moving nicely. Reid’s compositions are interesting and varied, covering different moods and modalities, at times resembling modernized takes on old-time blues tunes, at other times incorporating ideas from Twentieth Century chamber music. And then sometimes veering off into joyous chaos, as in the middle of “Peripatetic.” Maybe Old New won’t be everyone’s cup of tea, but I can rank it easily among the top jazz releases of 2019.