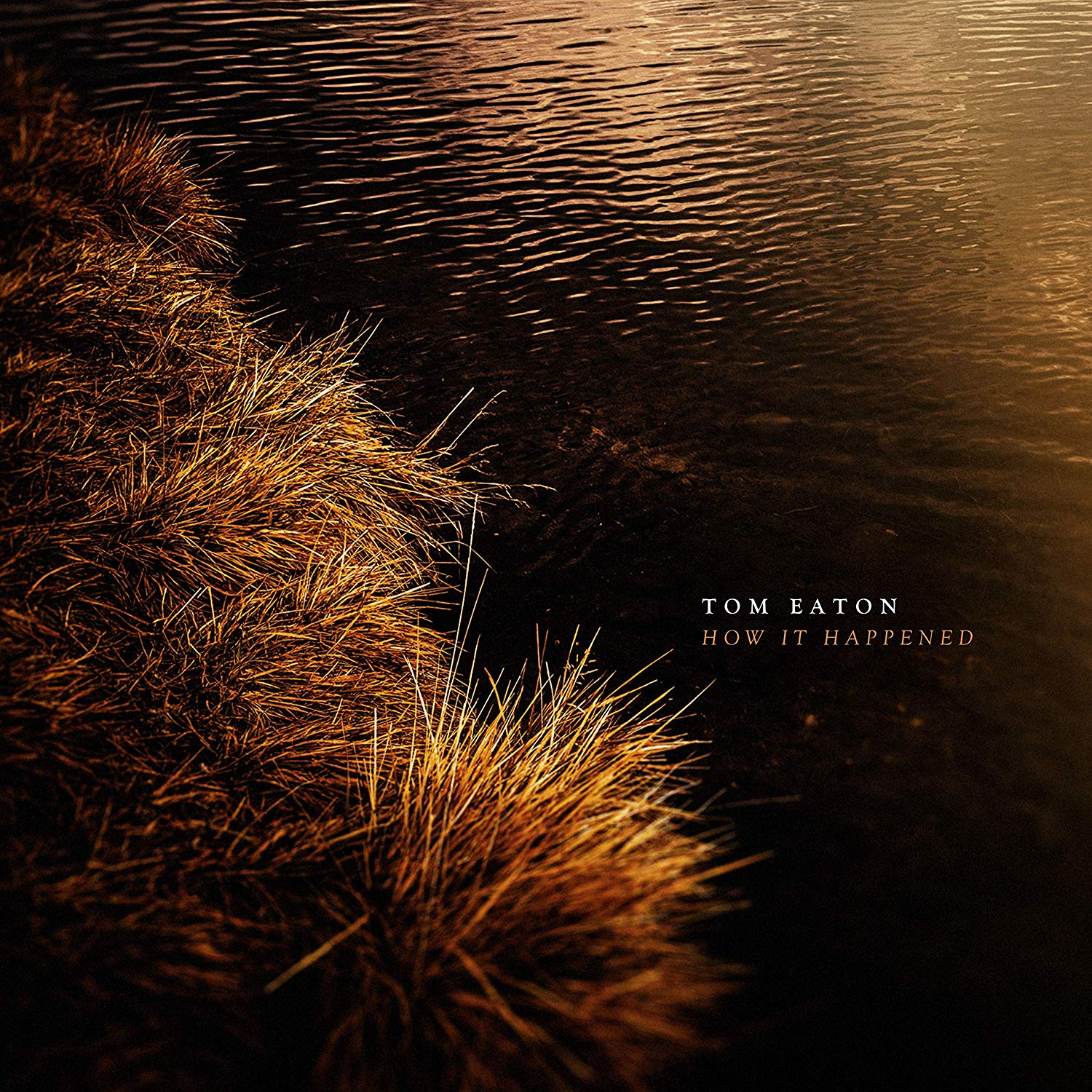 Tom Eaton is a Massachusetts based composer, multi-instrumentalist, producer, and engineer who has spent most of his career behind the scenes, producing and engineering dozens of releases for other artists since opening his first commercial studio, Universal Noise Storage, in 1993, and following a long association with Windham Hill Records founder William Ackerman as engineer at his Imaginary Road studios. For all those many years of experience, How It Happened is only his third solo album (folowing two independent releases, Indesterren and Abendromen, both 2016) and his first on Spotted Peccary Music. The sounds at hand appear to be inspired by natural beauty, reflective thoughts, and fleeting imagery, all borne of flowing atmospherics and gentle soothing textures. Opener “Ice” is effectively just three complex chords in a slow evolutionary rotation, shifting gears slowly and repeating with some additonal washes and punctuated by prismic piano sprites for coloration and variation; it’s the overall effect that lulls the listener to a new level, ready for all that comes after. “An Unexpected Opening” moves forward with a paced progression, again using piano colorations over a bed of revolving synth textures and occasional deep bass moments and panoramic voice-like harmonic figures. Throughout the eight tracks the feeling imbued is one of inner peace and stark beauty, all within its own introspective realm, delivered with piano, multiple layers of atmospheric and melodic synths, touches of ambient electric guitar, and curious sounds seemingly sampled, all heavily processed for maximum effect. “Later, at Night, by the Lake” seriously delivers on its title, floating in on a dreamlike palette of dark and curious colors, punctuated by occasional bass pulses; throughout these eight tracks very little seems repetitive or sequenced, every sound drifting effortlessly, floating into the next through a natural process. Eaton has captured a very special feeling within these eight compositions, and his articulate arrangements have truly brought them to full bloom.