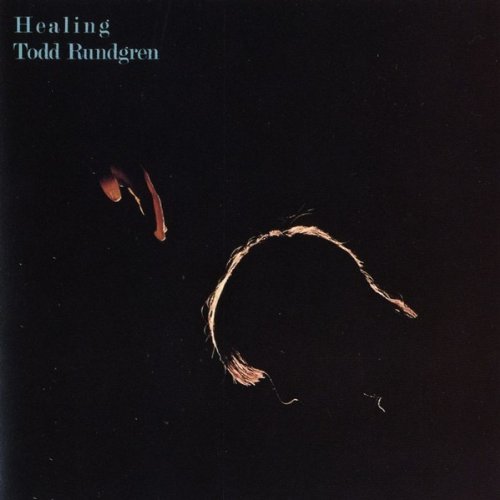 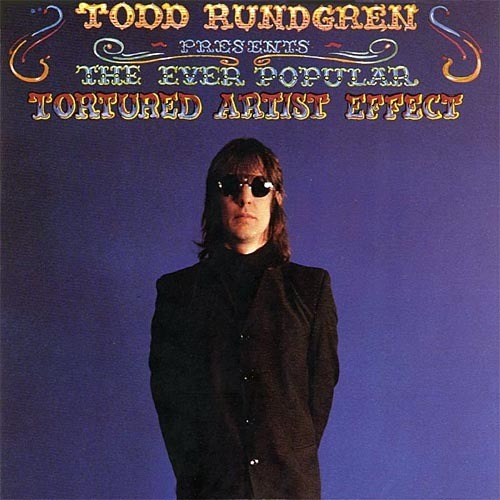 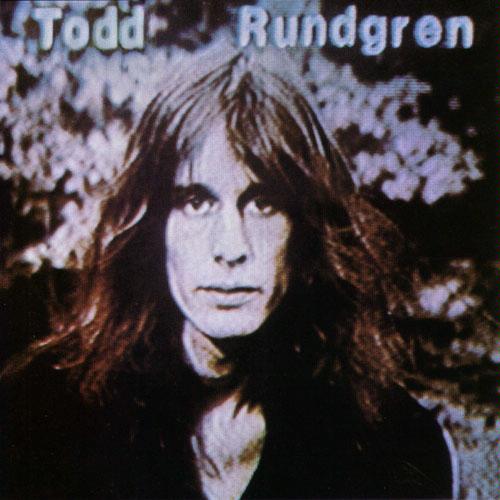 By the end of the 1970s Todd Rungren had done it all, honing his guitar and compositional chops with The Nazz in the late 1960s, ultimately leaving that band to move on to production work for other artists. Still wanting to write, he released his first solo album Runt in 1970, which launched his solo career, and within a couple years he was riding atop the singer / songwriter wave with two massive hits “Hello It’s Me” and “I Saw the Light,” both from the double album Something / Anything? on which (at least on the first three studio sides) Rundgren played all the instruments and sang all the vocals. From that point forward, his solo output became more experimental, embracing some of the progressive rock ideals of the early 70s, culminating in 1975’s Initiation and the launching of his progressive side-band Utopia. But by 1976 he had taken another unpredictable detour – an album that had a full side of sixties cover tunes, and by Utopia’s 1977 album Oops! Wrong Planet, that band was moving away from progressive sounds into a more pop oriented style. Which brings us to the point where the three-album compilation at hand begins.

What worked so well in the past on Something / Anything? should certainly work again, correct? And so it is that every note of every instrument and every voice on 1978’s Hermit of Mink Hollow was made by Rundgren himself, in a private studio adjacent to his home, where he would record other artists he was producing at the time. The result is an amazing return to form, and includes some of the best song based material he had done since the early 70s. The album launches with the joyous and uplifting anthem “All the Children Sing,” following directly into the deeply personal post-break-up song and the album’s only hit, “Can We Still Be Friends,” featuring what seems like a hundred backing voices. These, and the closer “Fade Away” are the immediate standouts, but there’s a lot of other gems hidden within the album’s twelve cuts. On the serious side, the curse of homelesness is explored in “Bag Lady,” and world hunger with “Bread,” while “Too Far Gone” deals with a teenager leaving home amid family pressure to return. Rundgren’s whimsical side comes forth in the playful “Onomatopoeia,” and there are certainly some shoulda-been hits here as well like “Determination,” “You Cried Wolf,” or the aptly titled outright rocker “Out of Control.” Like the layers of an onion, Hermit is an album that will reveal its brilliance over a number of plays, and the conclusion will likely be that this is one of Rundgren’s best efforts.

Jump over to disc two and we find Rundgren’s next studio album Healing, originally released in early 1981, a concept album about an unnamed protagonist who learns that he has healing powers, and what those powers can do. Like Hermit, Rundgren sings all the voice parts and plays all the instrumentation, which this time seems to include more synthesizers than his previous studio albums, as well as drum computers, typical of many albums of the early 80s. “Healer” opens the album on a rich bed of guitars with synths and multiple vocal harmonies supporting ending in a wonderful choral effect, establishing the concept in one of the album’s most memorable tunes. The remainder of the album’s original first side is completed with five additional song-length pieces, highlighted by what is easily one of Rundgren’s most moving pieces on this album or any other, “Compassion.” It’s a slower paced piece in the classic Rundgren tradition with dozens of backing voices that could have easily fit in on Hermit or Something / Anything? while the lyric “...there’s no winter as cold as a life without compassion” is certainly timeless. “Golden Goose” is one of Rundgren’s whimsical flavored pieces that ties in perfectly with the healing concept. The entire second side is the three part song-cycle “Healing,” bringing synthesizer to the fore almost to the exclusion of guitar, in the form of drones, bells, and other percussive sounds, along with some saxophone solos as well (also played by Rundgren), and some beautiful floating vocal harmonies. The main theme is one that can get stuck in your mind for days. Also included here are the two songs “Time Heals” and “Tiny Demons” that were not actually on the Healing album, but included as a seven-inch single packaged with it.

Now back over to the last half of disc one, where we find Rundgren’s 1982 Bearsville Records swansong The Ever Popular Tortured Artist Effect. He knew from the outset that the label wouldn’t do anything to promote it, as they hadn’t done with Healing, so he seemed to be trying a lot of different things just to have a good time and burn through the end of his contract and move on. By this time, Rundgren’s main gig was producing and engineering records for other artists, among them Steve Hillage, The Tubes, The Hello People, Meat Loaf, Tom Robinson, Patti Smity, Rick Derringer, New England, and The Psychedelic Furs, among many others. Just as Rundgren’s production style was evident in the albums he produced for other artists, it’s also true that some influence traveled the other direction from those artists to Rundgren’s solo work, and nowhere is that more evident than on this album. From the opener “Hideaway” right out to album closer “Chant,” TEPTAE is sufficiently new-wave influenced, infused with the popular sounds of the early MTV era, clearly a product of its time, yet still unmistakably Rundgren. Again, he sings all the voice parts and plays all the instruments here. A few highlights include the infectious rocker “Drive,” a remake of the Small Faces “Tin Soldier,” the chart hit singalong “Bang the Drum All Day” that comes off sounding a bit like Nick Lowe, and the Gilbert & Sullivan influenced “Emperor of the Highway.” That Rundgren may have not put as much serious effort into this one certainly doesn’t show, the consummate professional that he is shines brightly on every track. And there we have it, the last three Bearsville studio albums in one package, with some great liner notes and photos to boot.