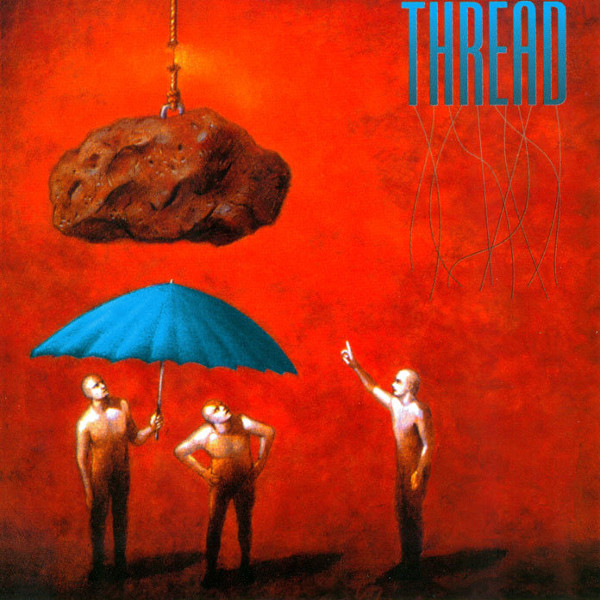 This disc is essentially a two person project between Doane Perry (Jethro Tull's long time drummer) and Vince DiCola (LA virtuoso keyboardist and arranger). It evolved into a three piece with inclusion of former Tower of Power vocalist Ellis Hall, whose involvement changed the tone of the music dramatically. The results are not predictable progressive fare, in fact it's very good since Ellis provides a more bluesy slant on what could have been just a ho-hum Emersonesque release. More importantly, Thread is a song-based entity with strong vocal interludes, strong lyrical content, and keyboard distinct arrangements. "Rainbow Suite" is the track which will perk up prog snob ears, a slow building intro using strong thematic development and subtle ending. In contrast, "Another Mean Day" and "Rage" demonstrate Doane's lyrical handling of modern topical events. A myriad of guitarists are used (Rocket Richotte, Mark Boals, and John De Faria) treating the seven pieces with your above average rock edge. The sole release on this label is in the AOR mold at times, but then this really is a player's album. The interplay between Perry and DiCola is the nucleus of the intertwining threads of the work (which are very polished). Is Thread a live entity? Rumors of a support tour are mentioned elsewhere in this issue (potentially with Martin Barre in tow). 1997 looming around the corner could mean a tour of small venues.