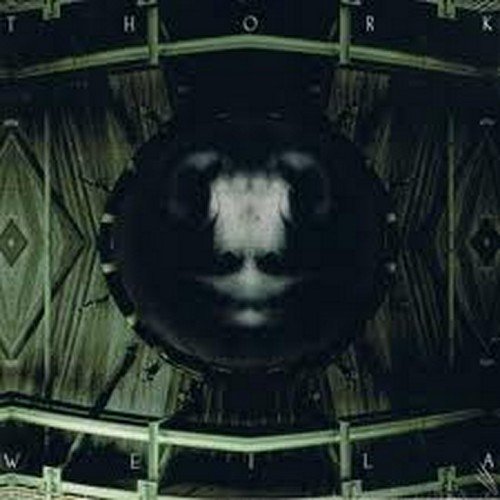 The French seem to have a lock on dark symphonic prog these days (see Nil elsewhere this issue) – or maybe it’s just those two guys named Maurin (David on guitar and Samuel on bass and Stick), who feature in both bands. In any case, Thork is another modern take on what progressive might mean. Thork features a male vocalist, Sébastien Penel, and violinist, Claire Northey, for their distinct flavor. Penel is dramatic in the grand French tradition, though not as emphatic as Christian Décamps in Ange, and can be found whispering, singing, or screaming as the words demand, as well as being treated with effects devices. There are also moments of massed backing vocals (some courtesy of Nil’s Roselyne Berthet) that build to huge climaxes slightly reminiscent of Magma, though I wouldn’t stretch the comparison too far. Sébastien Fillion’s keyboards fill out the sound with a mixture of instruments including Rhodes and Clavinet as well as atmospheric string tones. A variety of guest musicians provide timbres from around the world for a bit of spice. In addition to passages of rock power, there are touches of strangeness, odd effects, noises, and atonality. The band mostly favors longer forms of multiple sections – in fact the seven tracks comprise two one-minute interludes and five pieces over the nine-minute mark, including a twenty-minute epic called “Ea” in the middle. All tracks are credited to the whole band except the two short guitar pieces. It’s an intoxicating mix of the strange and the familiar.

When the lotus looks in the mirror