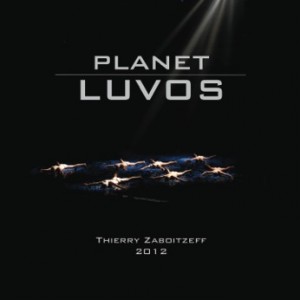 TZ’s latest comprises music written for a theater project created by the Editta Braun Company in Austria in 2012. That’s all one can tell about it from the scant credits on the disc. His website offers a bit more information: "The Salzburg choreographer Editta Braun leads us through a blue underwater world back to the origins of life... The viewer sinks into a blue, bubbling waterworld. The only sign that humans exist is the distant sound of a steamship whistle, somewhere far away.” Perhaps Act 1 has no musical accompaniment, but the seven pieces here go from Act 2 to Act 8, and most are avant-garde ambient vignettes of varying length featuring synthesizers, strings, bass, guitar, grotesque treated voices, bells, various other percussion, and an abundance of sampled sounds and voices. The pervasive sound of water haunts most of this, and those voices that weave in and out of the instrumental bed throughout the production are disturbingly dark, sinister and demonic, recalling some horror movie soundtrack material. Much of it is just a free-floating web of atmospherics, textures, and samples; most of this has no steady rhythmic beat that would place this anywhere close to rock, but melodies do appear and dissolve within the gentle mayhem. One might at times be reminded of the avant abstractions of Far Corner or Yeti Rain, or even Djam Karet’s dark ambient side. Very good for what it is.