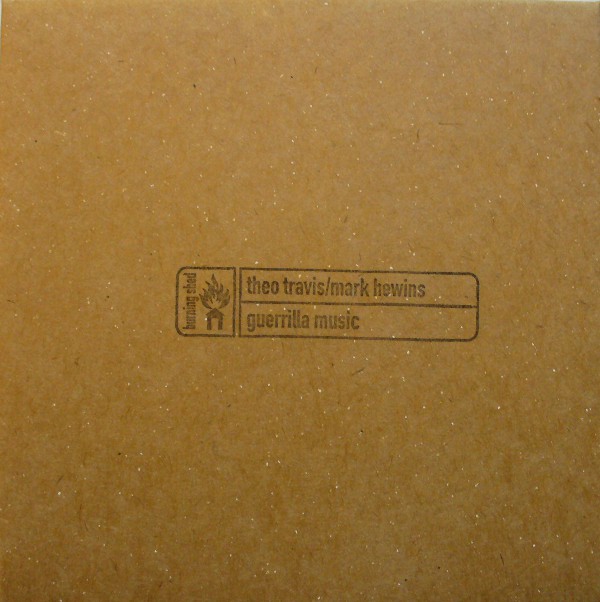 Well-traveled woodwinds man Theo Travis and vanguard guitarist Mark Hewins join forces on a departure outside the main scope of the efforts on Guerrilla Music. The nine pieces contained herein belie a mood of fragile locales and subtle atmospheres literally ingesting the environments where they were recorded. Bob Loveday’s violin part emotes on part one of “Coldec,” “Chiral,” and sets a relaxed tone found on many a Jade Warrior album where serene themes are the mode of operation. Part three is perhaps the most unsettling piece on the disc; “Perturbation” relies on a shimmering backdrop that Hewins plays his harmonic guitar over. The guitarist has really found a welcome new home in this musical world as Travis has veered down this corridor in two of his most recent releases, Slow Life and Cipher’s One Who Whispers with Dave Sturt. Hewins’ bag of tricks includes triggering digital delays which are allowed to decay in the background as acoustic guitar nudges an unfriendly environment. The element of risk may not be as obvious, but the album has many pastel shades that are painted with broad ambient strokes. On “Guerilla” [sic] and “Equivalence” Travis switches over to soprano sax to create a forlorn melody in god only knows what restricted beautiful town Gong was playing later that evening. Regardless this stands as the third piece of recent ambient work from Travis that holds up well in comparison to other new-agey, less emphatic works. I hope this duo manages to continue their futures works together perhaps under the Cipher umbrella? Highly Recommended.