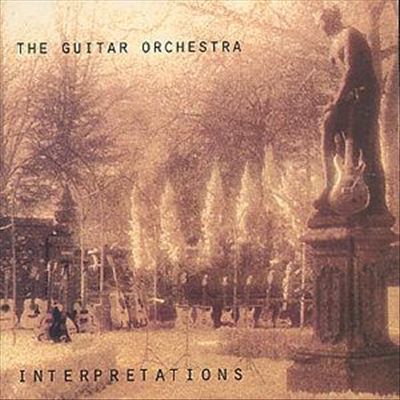 This, the Guitar Orchestra's second album, follows on in the tradition of their first album by featuring music created by the playing of real guitars (acoustic, electric, and MIDI) augmented sparingly by percussion. Sounds like a questionable premise, but it works thanks to the time and effort put into creating some unbelievably warm, rich, and unique guitar tones. Credit main guitarists Chris Baylis and Tony Poole for some truly ground-breaking work in that area. Where their first album featured original material, this album (as the title suggests) is a collection of 10 cover tunes. Unfortunately, they are all too standard, ranging from the Beatles and the Beach Boys to Toto, Bowie, and Gabriel. While the sonic arsenal employed within, in concert with the original arrangements, does make for an interesting first listen, the album doesn't wear well with repeated listens. It's really all just surface sparkle, made to dress up some songs which few people have a burning need to ever hear again anyways. Furthermore, all of the tempi are rather slow, and the lack of any solid drum parts pushes the atmosphere dangerously close to new age territory. There is a lot of potential in this outfit and it's all too easy to imagine how good they might sound in a full band situation. Of course, then they'd have to change their name. Nevertheless, guitar enthusiasts should check out this band, but preferably their first album, which shows more creativity and ingenuity.