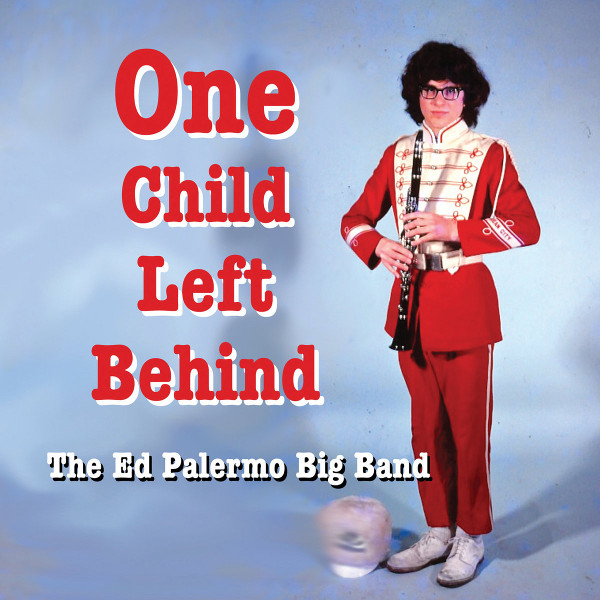 This review could easily become an essay on Frank Zappa’s compositional ideas, since nine of the sixteen cuts here are adaptations of his work, and Ed Palermo’s originals tend to follow his style somewhat as well, but we all know FZ’s work well through his many phases, so let’s just simplify this and say that those nine Zappa cuts chosen here on One Child Left Behind are some of his very best, and Palermo does a masterful job arranging them for his sixteen-piece big band. But anyone familiar with Palermo’s earlier Cuneiform releases like Oh No! Not Jazz!, Eddy Loves Frank, and Take Your Clothes off When You Dance will certainly have a fairly clear idea what to expect. Especially noteworthy is the instrumental medley presented early on that includes “Spider of Destiny,” “Grand Wazoo,” and “Fifty-Fifty,” with Giorgio Moroder’s motion picture theme for “Scarface” in the middle somewhere. But there are more Zappa surprises when a segue of “Pygmy Twylyte” into “Po-Jama People” features none other than Napoleon Murphy Brock on vocals (Brock also sings on “Andy,” later in the program). Throughout, there are plenty of solo spots for all of the exceptionally hot players in this band, and one of particular note is the tenor sax solo by Ben Kono on the Palermo original “Vengeance.” A very surprising piece in this set is his adaptation of Neil Young’s “Harvest Moon,” in a typical Nelson Riddle style, with guitarist Bruce McDaniel handling the vocals superbly. Another non-Zappa piece, albeit far more strange, is the Lieber / Stoller tune “Is That All There Is,” originally recorded by various artists in the late 60s but ultimately a top 40 hit for Peggy Lee in 1969. If one even remembers it, with its spoken verses, you are probably be trying hard to forget it. Here guest vocalist Mike James pretty much dumps most of the original lyrics, and adds his own hilariously improvised narrative, launching off into a rant about how he hates Frank Zappa’s music and he’s only doing this gig for the money. Meanwile, the band in the background is quoting various Zappa tunes as the song proceeds. Another guest of note is Candy Zappa, Frank’s younger sister, providing vocals on the Los Lobos tune “Kiko and the Lavender Moon” as well as the FZ original “Evelyn, a Modified Dog” from One Size Fits All. The final surprise is a hidden track, the barbershop-style “Why You Bustin’ My Balls?” that closes the disc nicely, vocals only, no big band. As one might expect, Palermo brings new life to parts of the immense Zappa catalog as well as providing some new original tunes and carefully selected covers in his own consummate big band style.