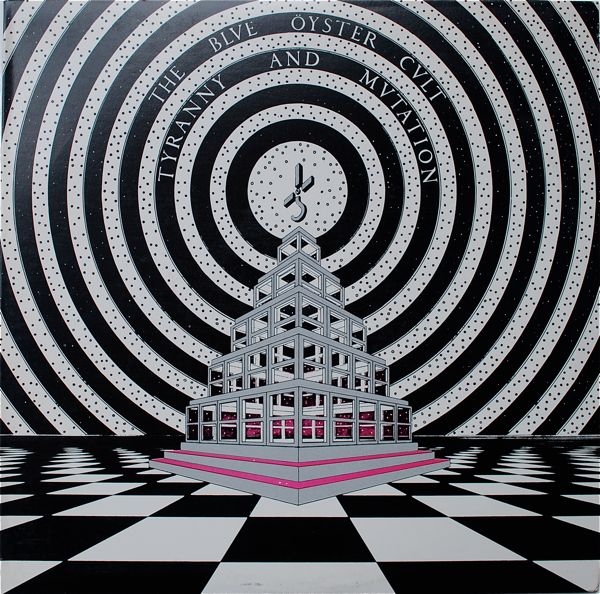 There was always something a bit sinister, a bit weird, a bit occult, and a bit conspiratorial about Blue Öyster Cult and as a kid I just ate that up, in fact I'd guess BÖC probably had something of a major effect on what I read now too. I talked about Secret Treaties, my favorite, in an earlier tier but Tyranny and Mutation is probably a close second. I bought in on cassette as kid and listened to it frequently. For one thing, just like on their debut, these songs have fantastic and evocative titles and the young rebel in me loved the incendiary dark "Hot Rails to Hell," I seem to even remember fast forwarding to get to that some times. But really that whole first side is damn near perfect, some of the strangest, most menacing proto-metal out there. Side 2 seems to reveal BÖC's more ballad-prone side a little more, but in some ways it's even weirder, pointing quite a bit to some of the writing that would show up on their breakout record Agents of Fortune. Lyrically, thanks in part to Sandy Pearlman, BÖC was one of the greats — their stories were so perfectly placed as to not give away too much, but just enough to be evocative to light up the imagination and here they were just starting to really pick up speed with their imagery (not to disclude the iconic cover either) and mythos.