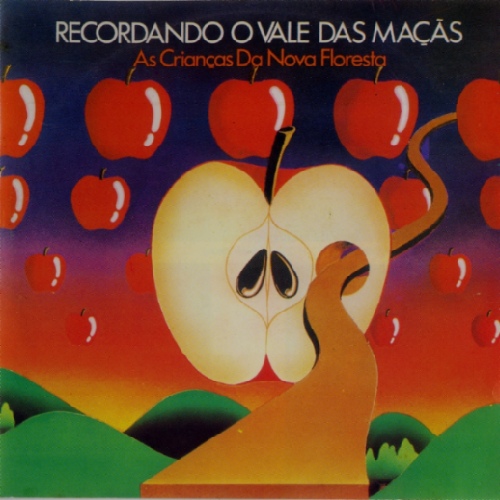 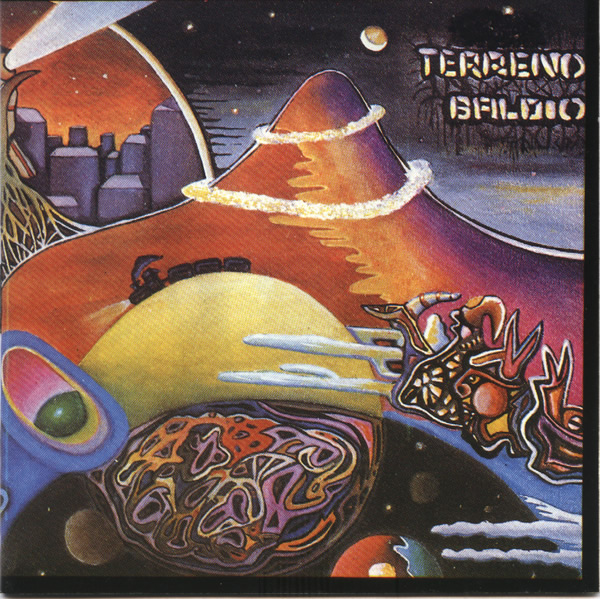 Certainly an argument for "truth in advertising," Terreno Baldio released their first, self-titled album in 1976. In spite of the use of the same artwork as the LP, this is not the same album. This is a 1992 reformation of the band re-recording most of the debut album, in English and with a few different tracks. All this ceases to matter when you actually hear the album, as the strongly composed and played music speaks for itself. Three members of the original five-piece (vocals, guitars, and keyboards) appear here with guests on bass, drums, and violin. Thanks to the updated instrumentation, this could easily be mistaken for a new band. Their sound is not far removed from other PRW artists (Via Lumini, Dogma, etc.) only with a rather more complex, Gentle Giant-ish touch to much of the music. Apart from possibly the romantic love-ballad "The Sea and the Love," all the music here is of the highest quality.

As with the Terreno Baldio album, the entire package of Recordando o Vale das Maçãs is a bit misleading, as both the title and artwork suggest you're getting this band's 1977 album. You're not. What you get is a re-recording of old, mainly unreleased tracks by a reformed version of the band. Though it only has one track (“As Crianças...”) in common with the original, it's still an excellent release in its own right: powerful themes expressed on keyboards, guitar, flute and violin. No need to go into too much detail, as Peter Thelen already reviewed this in issue #3.

Both of these are grouped in a single review, not simply because both were classic 70s Brazilian progressive bands, or because they both happen to be on the PRW Label (Progressive Rock Worldwide — Brazil's answer to Musea), but instead because both of these reissues (if you can call them that) were completely re-recorded, some tracks were dropped, other old tracks were added, and in the case of Terreno Baldio, the original Portuguese lyrics were changed to English. Still, despite all this, both albums still capture the fire and the spirit of bygone times, melded with the technology of today, and, as one might guess, both are very compelling.

Terreno Baldio (translated: Empty Lot) today consists of original members Fusa (lead vocals), Mozart Mello (guitars), and Roberto Lazzarini (keyboards), with two newer members Ricardo Brasa (drums) and Renato Muniz (bass guitar). A guest violinist is added on a couple tracks as well. Their sound is a rich, colorful blend of melodics and rhythm, on some tracks the changes are nearly constant and the energy level is very high; yet a few tunes opt for a somewhat simpler sound, still very melodic, but more accessible. Fusa's vocals remind me a lot of Bernardo Lanzetti of Acqua Fragile and PFM fame, yet sometimes mellows out to an almost-Greg Lake quality. Meanwhile much of the music may bring to mind a heavy Gentle Giant feel without the woodwinds, and yet there is probably just as much influence from the 70s Italian scene, South American folk, and other sources as well. There are a plenty of nice surprises here as well, like the ripping guitar solo on "Blue Bird" — and the seven minute "The Place," that winds through a dizzying slalom of complexity. The ten tracks are mostly in the five minute range, and at least one ("The Sea and the Love") is a slower tune that sounds aimed for radio play. Two bonus tracks are included, old unreleased tracks according to the booklet, but I believe (from the production) these were re-recorded also.

Recordando o Vale das Maçãs (translated: Remembering the Valley of Apples — RVM for short) is somewhat different; an entirely instrumental adventure, the music is a heavily folk-influenced melodic rock, for the most part happy and festive, maybe recalling the gentle melodics of early PFM or Maxophone, mixed with a bit of the hard-hitting pyrotechnics of Finch. Here even more surgery was done, as only one side of the original album is represented here (re-recorded, of course), while the four tracks on the first side were scrapped, and replaced by four unreleased old tracks. In addition, the thirteen minute title track of guitarist Fernando Pacheco's 1986 solo album Himalaia, which featured the full band, was included. Originally a seven-piece, the band today is essentially a quartet of Pacheco, drummer "Miltom," Eliseu Filho on keys and violin, and Ronaldo Mesquita on bass, with additional guests handling extra keyboards, flute, and acoustic guitar. Three of the album's six tracks top the eleven minute mark, the longest being the three-part sidelong "Children of the New Forest II," a melodic tour-de-force that showcases the full band at their best. The remaining three tracks are shorter, but equally energized. This is spirited music, rich with tradition, full of bright colors and warmth. Both of these come highly recommended.