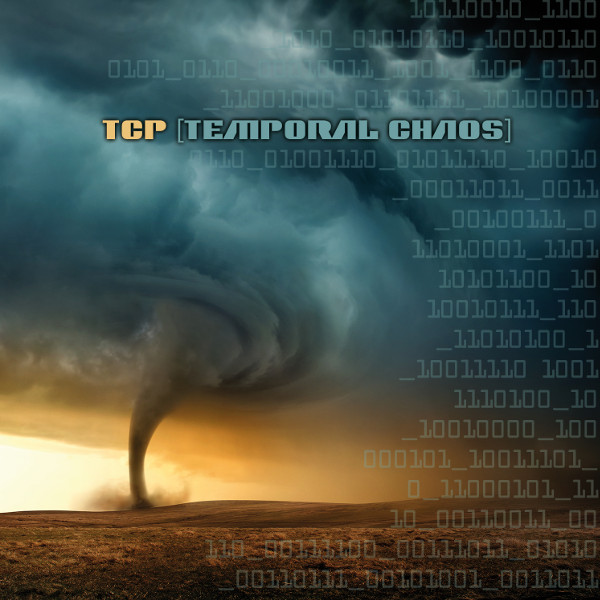 TCP is the acronym for Temporal Chaos Project, a progressive rock band based in Boulder, CO that formed in 2008 as a studio project. The band is Henry Tarnecky (vocals and keyboards), Blake Tobias (keyboards and bass), Jack Wright (guitars and drums), and Glenn Arpino (keyboards). In addition to being the lead vocalist, Tarnecky is the band’s lyricist. Special guests on Temporal Chaos are Nicole Tarnecky and Tom Shiben. Tarnecky’s voice is quite a bit like Peter Gabriel and Phil Collins and the music bears a strong resemblance to post-Gabriel Genesis. Whereas Genesis told stories based on myths, legends, contemporary events, and even sensual sci-fi, TCP’s lyrics in comparison sound quite contrived. Several songs appear to concern emotional breakdowns from failed relationships, unwilling to accept the results, and desperately trying to resurrect what was lost. “Forest of Lovelies” is particularly obscure. It is either about drugs or trying to remain focussed in the face of adversity. I hate to pick on the lyrics, but there are several grammatical mistakes that grate on my nerves:

“somebody say that you… have no principles”

“‘cause you thought your will was steeled”

In contrast, the musicianship and music is excellent. Many of the songs go through complex chord changes, the guitar breaks are inspired, and the judicious use of Mellotron is wonderful. A better choice for the band would have been to forgo all of the lyrics. They are trying too hard to be artsy and end up losing the audience, especially when the lyrics do not rhyme. Gabriel and Genesis were able to pull this off, but they had engaging vocal melodies, which are missing on Temporal Chaos.