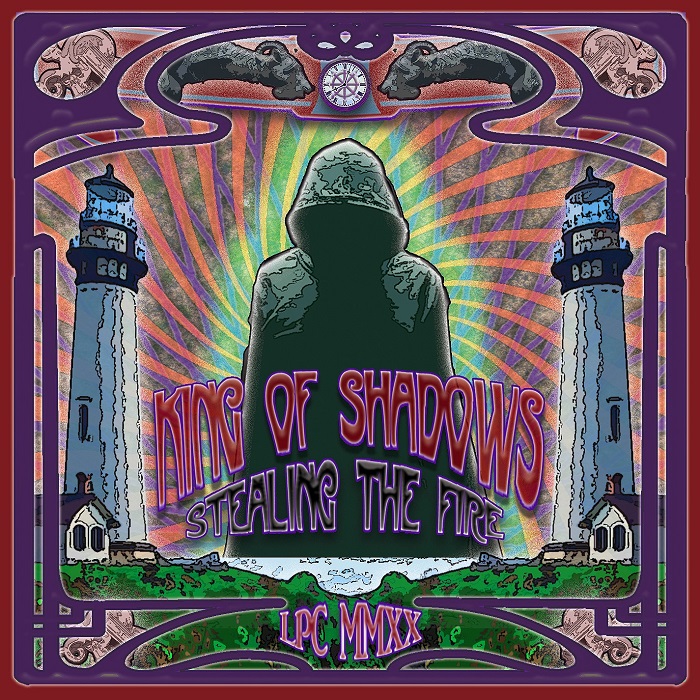 21 years ago in 1999 we received a promo CD from a British trio called Stealing the Fire; the title was Hot Ice and Wondrous Strange Snow, an ambitious slab of neo-progressive that compared favorably to bands like iQ, Jadis, and similar groups of the day. Well, all these years have passed and the band – same three members – have finally released their second album, King of Shadows. While two decades have ensued, Stealing the Fire has stuck to their guns and still plays a style that echoes what they did on their debut, now they just do it much better. Five long tracks, the shortest is close to nine minutes, the longerst nearly nineteen, each a cornucopia of shifting meter, colorful melodies and unusual compositional ideas in epic form. The band is Tim Lane (guitars, bass, keyboards, and compositions), Chris Bond (keyboards, electronics, and lyrics) and Saffron Paffron (vocals); in addition there are half a dozen guests including drummer Gary Wortley, who plays throughout, and several others who contribute lead vocals, flute, piano, and voices to this track or that. The title track opens the set, a beefy ten-minute rocker with breaks for flute solos, guitar elaborations, and more on the opening end, the vocals don’t even start until three minutes in, then it’s more shifting, twisting, and convolution, sometimes with vocals and sometimes through purely instrumental sections, eventually finding a way to the song’s conclusion. Fading in slowly, “Medusa” erupts into rock with Saffron’s vocals leading the way through a more conventional song structure until the midpoint, where things start shifting around, slowing down, and making way for some symphonic elements and keyboard and guitar soloing. “The Tower” is the final cut and the nineteen-minute monster on the album, interesting vocal passages intertwine with searing guitar backing textures, sudden shifts of pace, crunchy organ riffage, and impressive soloing all the way along its lengthy path. While the production on King of Shadows is decidedly more contemporary than its predecessor, there is a lot of excellence to be found everywhere throughout its five tracks.