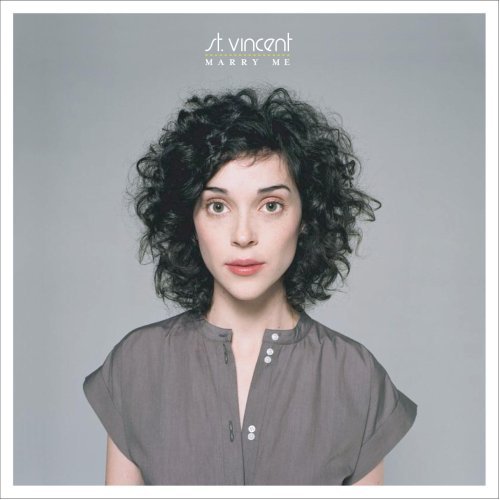 If there are any terms in music more meaningless (or perhaps just misused) than “progressive,” they must certainly be “indie” and “alternative.” And come to think of it, all three words could probably be applied to this St. Vincent. Annie Clark is the guiding force behind this “band,” being the principal singer, instrumentalist (guitars, bass, keyboards, dulcimer, percussion, and programming), composer and producer. She is joined by others on drums, strings, wind instruments, choir, and assorted other things, plus long-time Bowie sideman Mike Garson on piano. While her formal training (Berklee) shows in the precision and breadth of the arrangements, the music doesn’t come off as academic, though playful intelligence shines throughout every moment of it. Comparisons can certainly be made with other quirky female artists (Kate Bush, Jane Siberry, and Tori Amos come to mind), but there are several qualities that set Clark apart. Firstly, her edgy electric guitar playing (which has earned her spots in the touring bands for Polyphonic Spree and Sufjan Stevens) will sometimes jump out of a string-quartet and keyboards arrangement for a splash of chaos. Second, her writing is like no one else’s, with only occasional adherence to standard structures. Third, the arrangements have a large dose of modern chamber music to them, with frequent polyphonic backing vocals, strings, and guitar parts. Marry Me is a splendid example of how good modern pop can get.