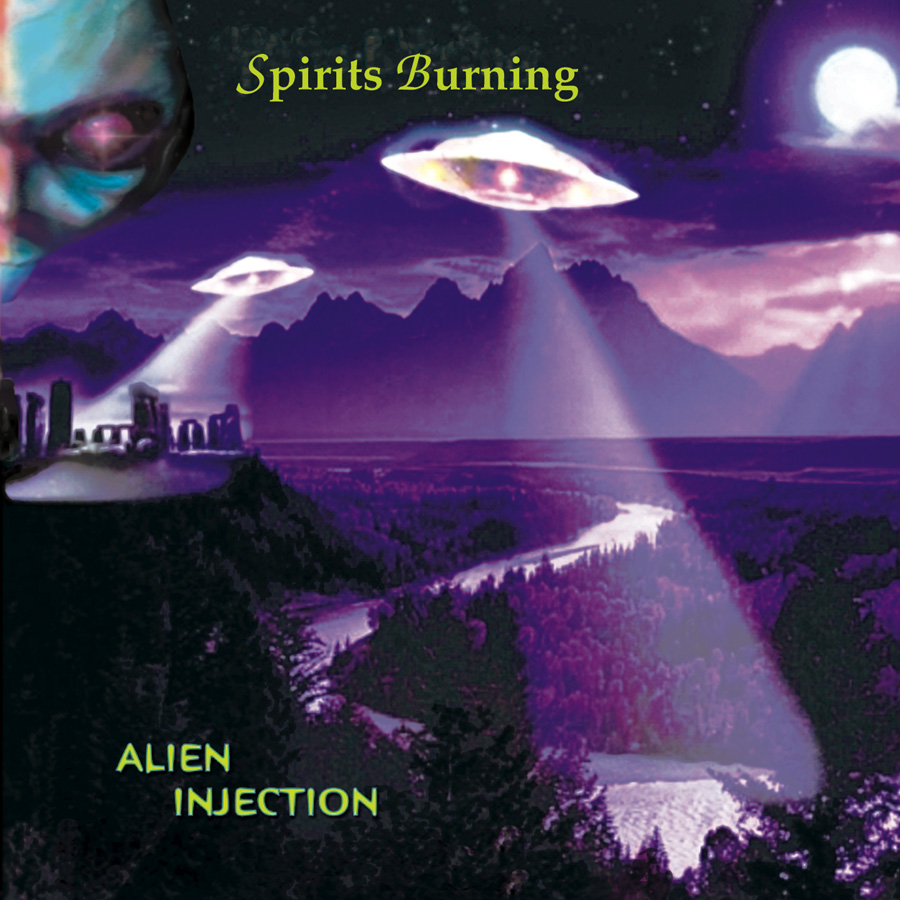 Strap yourself in, pull down your mask, we’re headed for the psychedelic reaches of outer space. The crew, assembled specifically for this journey by Captain Falcone, should be a familiar one to travelers in these regions: among them (space does not permit a full accounting, but reads like a who’s who of the space-rock genre) are Graham Clark (Gong, Spacehead), Michael Clare (University of Errors), Daevid Allen (needs no introduction), Peter Pavli (High Tide), Erik Pearson, Pat Thomas and Alec Palao (of Mushroom), members of ST37, Dark Sun, Born to Go, Mooch, Paul Williams (Church of Hed, Quarkspace), Doug Erickson (Grindlestone, Zesty Enterprise), Purjah (Quiet Celebration), Karen Anderson (Spaceship Eyes), Michael Moorcock, Thom the World Poet — the list goes on and on. Things get off to a very trippy start, swirling in a melting maze of mystery, with a different singer on every track (and some outstanding vocalists one might add) which continues to build as it goes. There are some killer instrumental passages as well, like that extended jam on “Logger’s Revenge.” Compositional duties are shared by the various participants, although Falcone, Moorcock, and Pavli seem to have a hand at some level in the bulk of the sixteen cuts. Around track twelve things get even stranger, as the conventional psychedelicism more or less subsides and things just go all over the musical universe in every strange and unpredictable direction. This journey definitely goes to some places you’ve never been. Recommended!