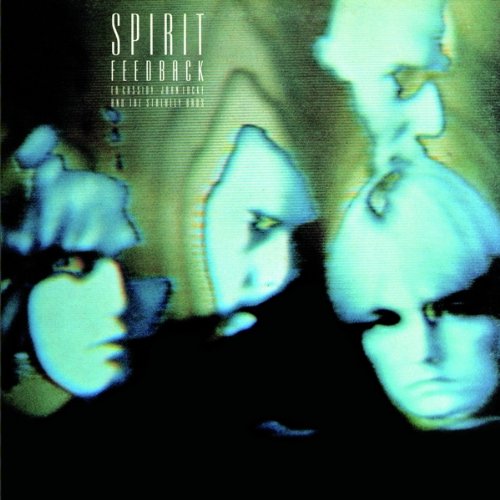 There's plenty of good reasons why this is one of the last Spirit albums to receive the digital treatment. After Sardonicus (or more properly during Sardonicus), most of the original lineup flew the coop — Ferguson and Andes left to form Jo Jo Gunne, and Randy California went off to become Kaptain Kopter. That left Ed "Mr. Clean" Cassidy and keyboardist John Locke, and one more album in a contract to fulfill. Texan brothers Al and John Staehely were hastily recruited as bassist/vocalist/main songwriter, and guitarist respectively, and a new, very different edition of the band was born, briefly at least — by the time they were finished with the supporting tour both remaining original members had split as well! Most of the album is your typical, cranked-up boogie-based party rock, no holds barred. It's fun, it kicks ass, and it makes the girls scream. This was clearly the Staehely's band at this point, no more of the progressive touches that had blessed the material on their four previous albums. It does, however, feature three excellent compositions by Locke, two of which — "Puesta del Scam" and "Trancas Fog-Out" — are powerful jazz-rock instrumentals that show this version of the band at their very best. Unfortunately they are all too brief, clocking in at under three minutes each. Overall, this one is not even an essential album for Spirit fans, and I would have much rather seen reissues of their 1978 Live set, or 1975's Spirit of 76.

Cruz de Hierro - Crossroads – Some may recall this Mexican quintet from their performance at Baja Prog many years back; in fact they have come a long way toward finding their own sound since those earlier days. Their stock in...  (2008) » Read more

The Gathering gets all atmospheric and stuff