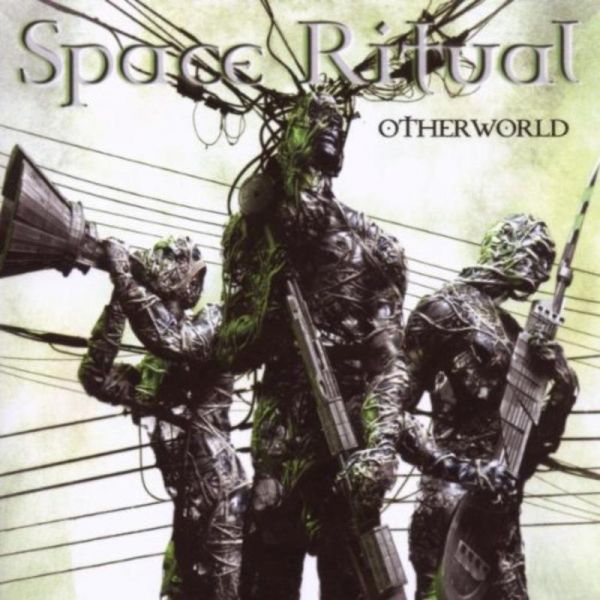 Space Ritual is a new band formed from the remnants of Hawkwind. Consisting of Nik Turner (sax, flute, and vocals), Dave Anderson (bass, electric guitars, acoustic guitar, and vocals), Terry Ollis (drums), Del Dettmar (synths), Mick Slattery (guitars), John Greves (keyboards, synths, and Mellotron), and Thomas Crimble (guitars, keyboards, and backing vocals), Space Ritual play modern space music that eclipses their former masters. There are 15 outstanding tracks on this disc that alternate between instrumentals and songs. By far the strongest songs are the title track with its sci-fi / Bladerunner story and mixed narrative, chanting, and singing, “Sonic Savages,” and “Time Crime.” There is also an updated cover of “Black Corridor” from Hawkwind’s Space Ritual. Even with the age of some these guys, like Nik Turner, they continue to churn out high energy rock that extends the ground work laid down decades ago into the new century. Space Ritual is sure to please the most jaded of Hawkwind fans, and it is definitely not just another Nik Turner solo project. Otherworld is one highly recommended new release.