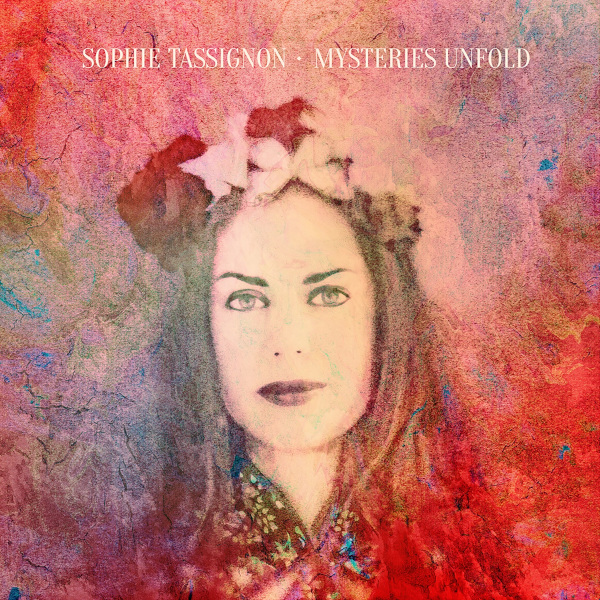 Sophie Tassignon’s Mysteries Unfold presents the first ever all-vocal album on RareNoise, and it’s a beautiful example of how versatile and emotional an instrument the human voice can be. Tassingnon is a Beligian singer whose previous credits include several groups described as various kinds of jazz, though I’ve never heard any of them. On this album, she touches on a wide variety of styles and moods, starting with “Gube Okayannie,” which is sung in Russian (“Губы Окаянные” or “Cursed Lips”) and includes many vocal techniques in the layered, overlapping notes that build a cloud of voices a little reminiscent of Balkan women’s vocal groups. The second track is another cover, this one much more familiar to American listeners — Dolly Parton’s “Jolene,” given a moody treatment, beginning with a single voice singing the plaintive melody. After a time, mournful wordless backing parts enter, wandering up and down in pitch. Next we get the first of Tassignon’s originals, a bouncy track called “Don’t Be So Shy with Me,” which almost sounds like an arrangement of a jazz classic, with a bluesy melody and oom-pah backing parts. It’s super fun and sets the stage for further stylistic experimentation. Other tracks venture into abstract impressionism, with multiple parts seemingly detached from each others, subliminal noises and whispers, percussive chanting, and more. There are two more covers included: “Witches” by Cowboy Junkies and “Cum Dederit” by Vivaldi. Vivaldi’s is treated with the perfect balance of reverence and creativity, and “Witches” is a standout. None of Tassignon’s singing is abrasive — while she stretches into various techniques, she avoids anything too outré, and the result is a stunningly beautiful album that’s a welcome addition to the RareNoise catalog.