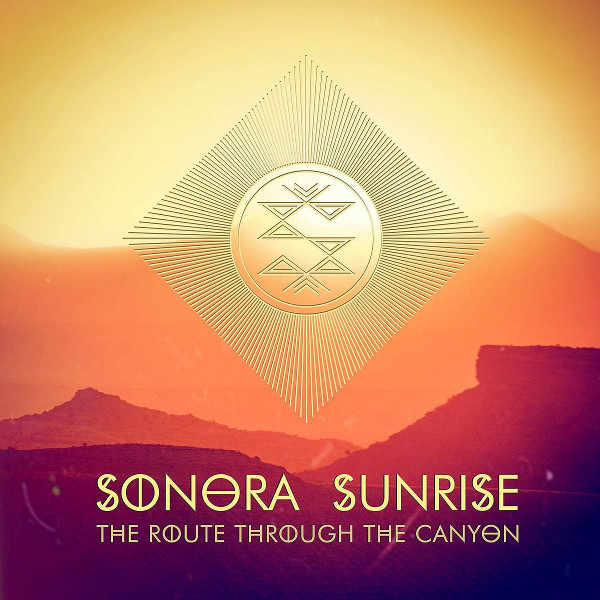 This Russian band started releasing digital EPs on Bandcamp in 2016, but The Route through the Canyon marks their label debut. Most of the nine tracks on this album have appeared on one or more of the EPs, though these are all new recordings. The group recorded all the backing tracks for this live in the studio, then added more layers and parts afterwards, giving the whole thing a very organic and natural feeling. In general style, their mostly-instrumental music can be called space rock of the more melodic variety, as opposed to the noisier variety that borrows from metal. There are certainly commonalities with groups like Onségen Ensemble or Polska Radio One, or Ole Lukkøye without the ethnic influences. They don’t indulge in heavy riffing — when they increase the energy, it’s on the drums to carry the new level, with long chords from an electric guitar. The band consists of two guitarists, Artem Demidov and Dmitry Shershnev, with Shershnev handling keyboards as well, while Demidov gets soundscapes. Alexey Shulepov and Vitaliy Khard play bass and drums, respectively, and focus more on maintaining a steady drive than doing anything fancy. There are also occasional samples of voices, presumably part of Demidov’s “sounds.” One track features a female vocalist who is not credited. Fans of Radio Gnome Invisible era Gong should be able to relate to these tunes, which could almost be instrumental excerpts from the famous trilogy. Sonora Sunrise is one of a whole host of space rock bands in Russia, but they are refreshingly free of the harsher, noisier tendencies many of their compatriots favor.

Dagobert Böhm / Markus Reuter / Zoltán Lantos - String Unit – Here’s an album and ensemble that is more than the sum of its parts: a startling reflection of a multi-ethnic modern world tempered by a very wooden traditionalism. Dagobert Böhm (acoustic guitar),...  (2008) » Read more