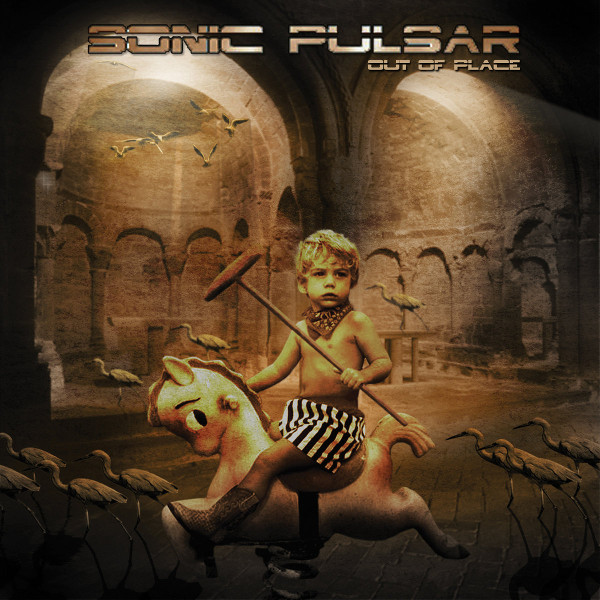 Sonic Pulsar inhabits a rather small category: Portuguese prog bands. The group (now on hiatus) centers on talented singer / songwriter / guitarist Hugo Flores (who also covers keyboards and drum programming), plus second guitarist Carlos Mateus and bassist Nuno Ferreira. Mateus’ role in the band is squishy since the material on this album (their second) is for the most part energetic and very electric and, since Mateus is strictly an acoustic guitarist, he tends to be not heard from much. The quickest way to classify the overall sound of the album is prog-metal, though that has more to do with the crunchy sound and flashy technique from Flores than anything else. Lacking a live drummer and with the synths chewing up scenery there’s a distinct electro-symphonic sheen to the material as well. Flores is a fine singer who serves the material well and is best seen on the radio-friendly title track (which came as a pretty cool promo video on my CD). He also demonstrates an ear for a strong melody and a memorable riff and he knows when to put both to good use, whether in instrumental or vocal arrangements. The best pieces ably straddle metal and prog rock, sounding like everything from Aryeon and Queensrÿche to Arena and Saga. Despite a somewhat low-budget production and mixing job, the album succeeds and should appeal to many. Hugo Flores is a musician and writer of uncommon ability and I just hope he finds time again for Sonic Pulsar in the future.