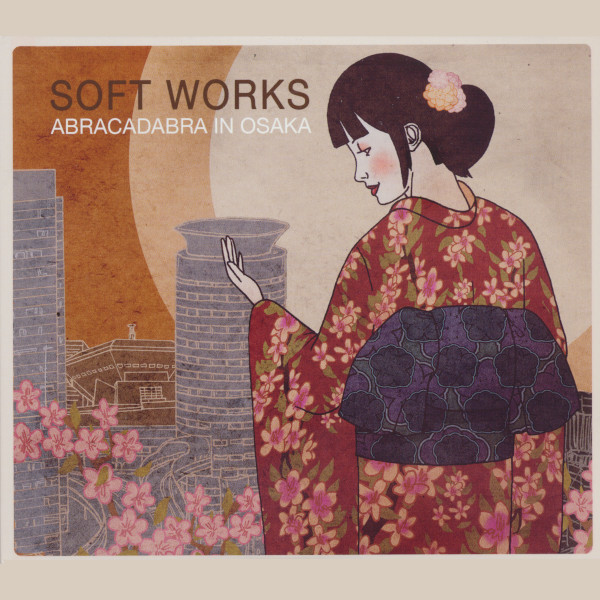 After an almost interminable hiatus (1981 to 2001), Moonjune’s Leonardo Pavkovic announced his interest in having Soft Machine reunite and record a new album. In 2003 it finally happened, though the players were from chronologically different lineups of the original band — bassist Hugh Hopper, reedman Elton Dean, guitarist Allan Holdsworth, and drummer John Marshall all came together to record the new album Abracadabra, although for whatever reason the band couldn’t (or chose not to) use the original band name, instead calling themselves Soft Works. Sadly, Hopper, Dean, and Holdsworth have all left this world in the years since, though John Marshall is still going strong with Hopper’s original replacement Roy Babbington, Holdsworth’s original replacement John Etheridge, and reed and flute player Theo Travis; if there was ever a constant in this band, it was the constant turnover in the ranks. I was fortunate enough to see Soft Works twice, and even though I stupidly never got a copy of the original studio album, I have to say that Abracadabra in Osaka, recorded on August 11th, 2003 pretty much mirrors my memory of the band’s performances in concert at festivals in Mexico and Seattle. The band’s repertoire at that point included some newly written material by the various members, as well as some old classics like “Calyx,” “Kings and Queens,” and “Facelift,” all underscoring the ongoing spirit of the original band in the 70s. These four musicians were at the top of their game, and seemed happy to be playing together once again, making new magic happen and revisiting some older numbers. In true Soft Machine fashion, the turnover would start again shortly after when Holdsworth left the group, later replaced (again) by guitarist John Etheridge, and a new band name was taken, Soft Machine Legacy. Abracadabra in Osaka is (as of this writing) the only official live recording of this version of the band, and what an outstanding performance it was!