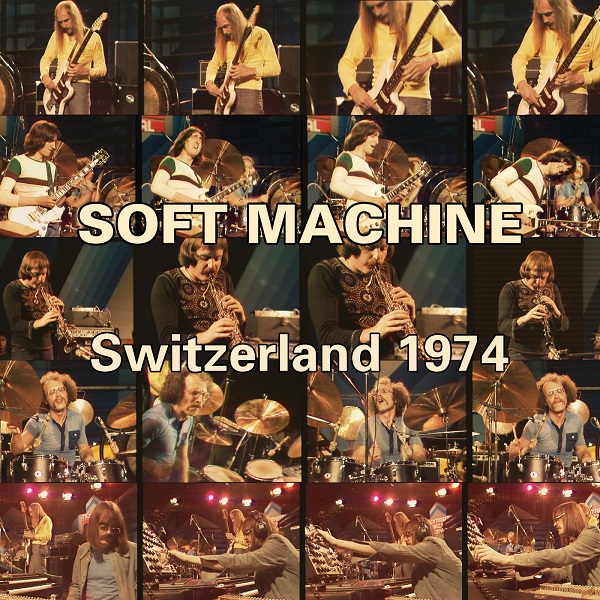 When Bundles came out in 1975, many fans were no doubt surprised to find a guitar in the mix, the first time since Kevin Ayers left the band when a guitar had figured in Soft Machine’s sound. Maybe some fans even thought it was a betrayal of sorts from the band’s identity. But bands, not fans, are the ones who decide their own identities. And while Allan Holdsworth’s tenure with the band was short, guitars would figure prominently from then on. Holdsworth may be a somewhat divisive figure, with many acknowledging his stature as one of the great innovators, technicians, or whatever, and this stature seems to have fueled a backlash against him (aided somewhat by the varying quality of his later solo work). The short-lived Soft Machine lineup that featured Holdsworth is given a big boost by this archival release, and it shows a band firing on all cylinders, and a guitarist who easily dispels any doubts about the value of his presence. “Hazard Profile” is particularly well done, including a wild Holdsworth solo, some great Mike Ratledge fuzz organ, and a piano interlude from Karl Jenkins, making for 16:46 of pure jazz-rock heaven. Roy Babbington steps up for an outstanding fuzz/no-fuzz bass solo on “Ealing Comedy,” which develops out of “The Floating World.” All the players have their time to step to the forefront, and the whole set flows smoothly from one title to the next.

This release comes with a DVD of the full performance, a professional multi-camera production without any effects or fooling around. The quality is comparable to any TV production of the era. Some of the thoughts that come to mind watching it are: John Marshall is a really outstanding drummer — not that this was unknown, but it seems he’s often overlooked when lists of great drummers are compiled; Roy Babbington was a worthy replacement for Hugh Hopper; Holdsworth tears it up on an SG, with a grittier sound than he’s known for with his signature Carvins; there really was something special about the keyboards available in the mid-70s — between them, Ratledge and Jenkins use a couple of Rhodes electric pianos, a Hohner Pianet, a Yamaha grand piano, a Lowrey organ, and an AKS synthesizer, and it all sounds warm and alive. And the final thought: that audience was one lucky bunch of people to see this performance, and we’re fortunate it’s now available on DVD. This is an essential for any fan of adventurous jazz or the Canterbury scene.