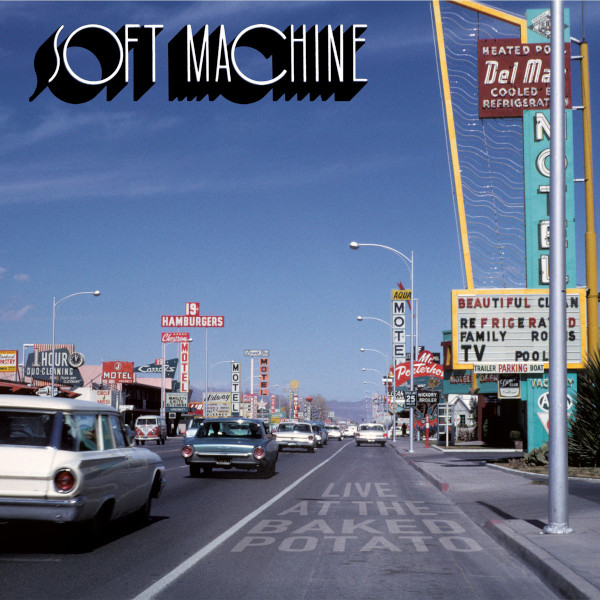 A lot of credit must go to Steve Feigenbaum of Cuneiform and Leonardo Pavkovic of Moonjune, the former for releasing all kinds of Soft Machine archival and live material in the years after the band called it a day in the early 80s, keeping their legacy on the radar, and the latter for his tireless efforts to put the band back together, which finally happened in 2003 with the Soft Works Abracadabra album, followed up with numerous Soft Machine Legacy releases, and then finally in 2018 the first new Soft Machine studio album since 1981’s Land of Cockayne – the amazing Hidden Details. The album at hand, Live at the Baked Potato, is the live follow-on to the 2018 studio recording, featuring the same lineup on the West Coast leg of their US tour in February 2019. Drummer John Marshall, bassist Roy Babbington, and guitarist John Etheridge were all members of Soft Machine at various points prior to the original band split in 1981 (though not at the same time), the newcomer being Theo Travis on keyboards, saxes, and flute. The fact that none of these four were original members of Soft Machine matters not; the band was always a revolving door of personnel changes, and through the years proved to be more of a concept, with new members chosen carefully to fit the style and pre-existing repertoire, which was most likely the key to their longevity and success. Here, the band plays several of their classic pieces from the pre-1980 period including “The Man Who Waved at Trains,” “Hazard Profile I,” Kings and Queens,” “The Tale of Taliesin,” and “Out-Bloody-Rageous,” a few of which were presented in newer versions on Hidden Details with the remainder of Baked Potato’s dozen tracks culled from the new material on the studio album, composed by Travis and Etheridge, plus Marshall’s high energy drum solo, here titled “Sideburn,” which leads right into “Hazard Profile.” The band smokes effortlessly through all the material, old or new, my only regret after hearing this is that I wasn’t there!