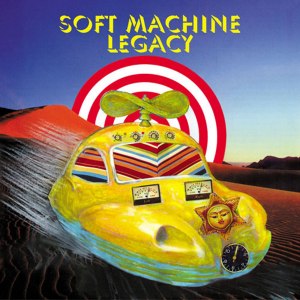 Elton Dean’s last recording with these long-time associates results in a tour de force of elegant power and inspired interplay. Across ten evenly paced songs Dean together with musical friend and compatriot bassist Hugh Hopper have created much more than just your basic extension of their old cherished band from late 60s/early 70s. Guitarist John Etheridge is the proverbial fly in the ointment that makes this collaboration hold together. This is due not only to his adept songwriting but straight forward blues rock licks that add an altogether new dimension to the band’s sound. Etheridge contributes four specific pieces (one a joint effort with Dean) that showcase his adept restraint and fitting leads in context with Dean’s unison lines. The opening cut, “Kite Runner,” is a bright indicator for the rest of the disc with a memorable rock riff intro before the guitarist struts his stuff. "Grapehound” is a strong second place romp with Dean in fine on top of a bouncy rhythm section. Hopper’s lone contribution, “Twelve Twelve,” is a moody affair with Dean and Etheridge’s counterpoint playing working well together. “Ratlift” provides drummer John Marshall with plenty of room to display his chops on the “Facelift” based tribute track with trademark fuzz bass and modal chord progression. Now that Theo Travis has joined the group, the legacy continues forward with respect to a leader of British jazz.