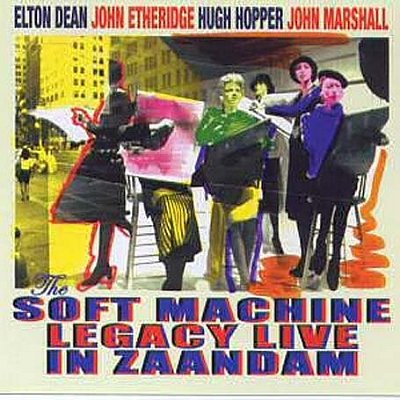 Moving forward from the Softworks lineup that included Allan Holdsworth, 2005 brought the opportunity to that icon with guitarist John Etheridge for a newer, more vital incarnation with distinct links back to Soft Machine Five. Three tracks in this limited edition CD are live recordings of previous material, while three others have been worked up specifically for a European tour. Etheridge’s distinctive tones often resemble a careful blend of John Scofield and Mike Stern circa their stint with the 80s Miles Davis band. His nimble fingers sprint across the fretboard showing adept restraint as Elton Dean frequently doubles lead lines on saxello. On several cuts, bass monster Hugh Hopper introduces tentative themes that Dean and Etheridge slowly embrace in unison. The guitarist then gets down to it by adding real-time fills and riffs behind Dean’s enthused improvising, with drummer John Marshall tying it all together. Hopper reprises his classic piece from Soft Machine Fourth, “Kings & Queens” beginning with his familiar phrasing and Dean’s expressive alto sax melody line. This song version is more reserved than the recent Soft Bounds recording, though it still retains a timeless tranquil quality. MoonJune Records exec Leonardo Pavokovic is not one to give up on his dream of the ultimate Soft Machine line-up, and this one has just a tad more going for it as they prepare to enter the studio in the early fall of 2005.