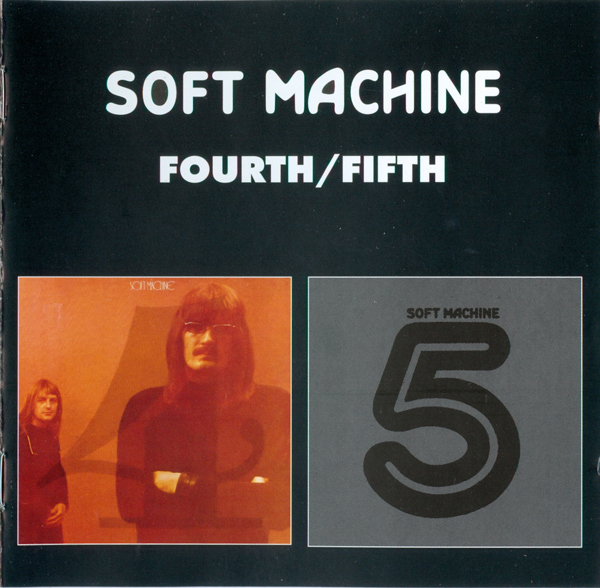 Support for the Soft Machine catalog and its movement to the digital age has been excruciatingly slow, to put it mildly. English label Big Beat did some excellent re-work to place Volume One and Two onto a single CD several years ago, and Sony Japan has released good versions of the middle section of the LPs onto CD. Finally Sony in the UK has seen fit to combine two of the best albums by the seminal line-ups onto one CD as part of the re-issue Rewind series. So let’s cut right to the chase: has the sound been improved through the re-mastering process? I purchased Fourth on the Sony Japanese label and Fifth from US distributor One Way Records. I can tell you that the sound enhancements are simply amazing. There is a subtlety, depth and clarity to the performances you haven’t heard until this release. Pieces such as the free pandemonium of “Fletcher’s Blemish” benefit from the Superbit mapping process with the distinct highs of Elton Dean’s brash saxello blaring out above the din. On top of that, there are three drummers generously spotlighted: Robert Wyatt’s last studio work is magnified as well as transitional drummer Phil Howard and final replacement, John Marshall. Each drummer’s nuance of tempo, and use of cymbals and bass drum resonate with a live feel which I hadn’t experienced before. The real wins are for Mike Ratledge and Hugh Hopper, for their organ and bass work respectively have never sounded as focused and integral. This disc is a perfect place to peg the Canterbury legend and the intricacies and finesse allotted to each individual contributor. And don’t forget Roy Babbington’s string bass solo. Now if only Third could receive the same treatment, I’d be twice as elated.