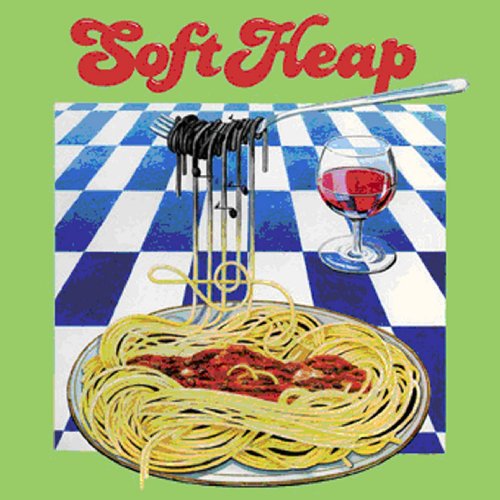 Another splinter project of the Soft Machine / National Health ilk, Soft Heap was described as the "living evolution of the Softs" going forward into the present day (even though Gowen only appeared in the initial incarnation of this group). I believe this album to represent a truer marriage of the jazz elements in both groups. The Heap portion of the name came from the first letters of each of their first names. The cover art is a heap of spaghetti with a fork dragging the noodles from the plate while some eighth notes become visible on the treble clef and dangle back onto the dinner. I suppose this might symbolize something about how tasty the chops are on the disc, but equating food to tuneage doesn’t work that well in my book. The album is decidedly free in nature featuring four players: Alan Gowen and Pip Pyle from National Health paired with Elton Dean and Hugh Hopper from Soft Machine. Composers and number of tracks as follow Dean (2), Gowen (2), Hopper (1), and one group improvisation: "AWOL" (the signal of the direction this band would take in the future). Unlike the recent release, A Veritable Centaur, this album is less free, more structured, modern jazz-like, and overall less abrasive to the ears. Gowen's playing is slightly different than previous works, more understated, with layered Moog and moodier atmospheres. His piece entitled "Petit 3" is a somber chart which features a trademark elegant sax solo from Dean. In summary, Soft Heap is a faithful update of an early 70s jazz icon carrying forward into the present.