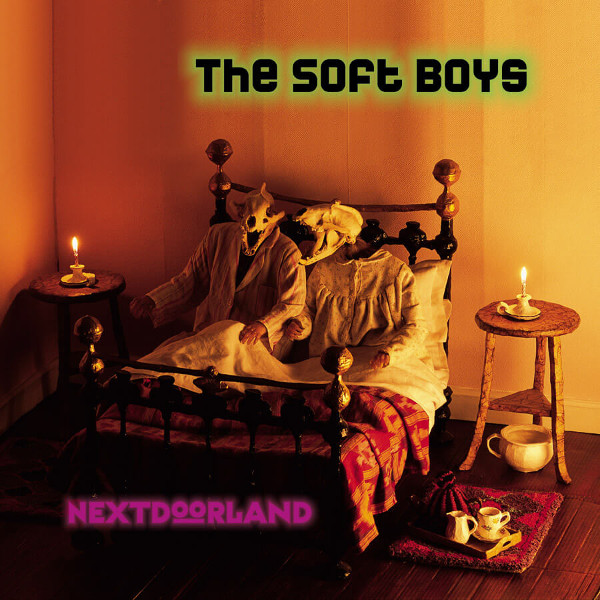 I don’t think I would get much argument if I claimed that the Soft Boys were, in their original incarnation (1976-1981) the prime exponents of psychedelic punk music. The sheer lack of competition in the field assures them a place in history. Not that they were very punkish, though in true garage psych tradition they got pretty noisy at times. It would also be easy to say that the Boys were nothing more than the vehicle for leader Robyn Hitchcock’s rather unusual musical vision, though farther from the truth. While Hitchcock was always the songwriter, the band contributed a lot to sound, as can be determined by comparing Soft Boys records to Hitchcock’s numerous solo releases (at least twelve at this writing by my count). The twin-guitar sound of the Boys is what is missing. Hitchcock is a fine guitarist on his own, but when he has Kimberley Rew to play off of, something special results. This reunion album features ten songs with lyrics by Hitchcock and a bit of help from his old compatriots. The same odd lyrical twists you expect are very much in evidence, with my favorite being “If you were as hard as a diamond, you could be used as a cutting tool, right in the forefront of industry” in “Unprotected Love” (which is not about safe sex, but taking emotional chances). I would highly recommend this release to any fans of tuneful psychedelic rock. There are no long spacey jams, just twisted songs with humorous lyrics played very well.