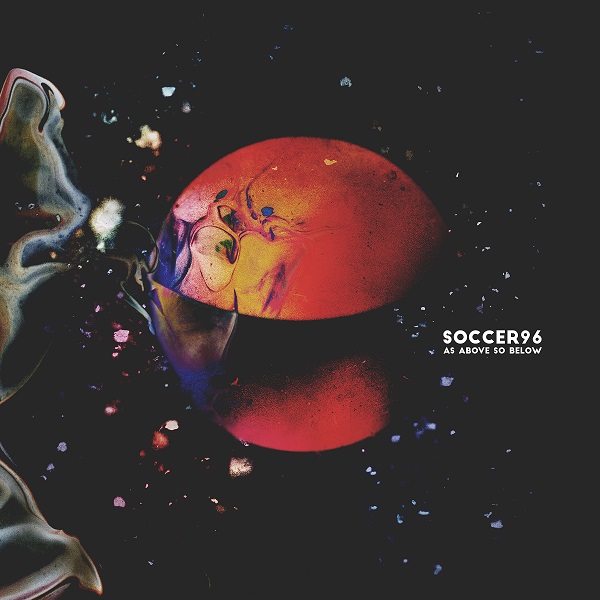 Soccer96 is a duo with a very full sound. Dan Leavers (AKA Danalogue, primarily keyboards) and Maxwell Hallett (AKA Betamax, primarily drums) are occasionally joined by guests on sax, percussion, or bass, but the majority of what you hear is from the two core members. In some ways, this can be seen as a modern take on what Syrinx was doing back around 1970, though without woodwinds as a full-time presence, of course. Soccer96 is clearly more oriented towards pop forms than Syrinx, which aimed towards chamber music. Hallert comes up with some interesting patterns, and they’re generally recorded with an overdriven, processed sound using both real drums and various electronic percussion without prejudice. Leavers uses a wide variety of different keyboards, many with rich analog tones complete with wildly sweeping resonance filters, blip, bleeps, and buzzes. Vocals are pretty minimal, occasional phrases low in the mix. They do not stray into esoteric odd meters, though they’re not welded to pounding 4/4 either — one of my favorite tracks is “Sirius (Twin Star),” which has a loping 6/4 beat with a hint of African rhythm. Hallett also has a way of making a steady beat seem off-kilter, as on “Up and Down,” where he continually places hits just off from the place you’d expect them, imitating the kind of glitchy rhythm that is usually accomplished by programming. While I wouldn’t say Soccer96 qualifies as Space Rock, you will hear the occasional Tangerine Dream-like sequence, and there’s a strong sci-fi vibe about the whole thing. Listeners coming at this from the progressive or avant-garde side might be turned off by some of the nods to electronic dance music, but a little attention reveals all sorts of ways in which Soccer96 deviates from cliché. As Above So Below is definitely recommended for lovers of vintage analog synthesizers, taking those sounds and placing them into a new context with a devil-may-care attitude. Plus it’s just kind of fun to listen to.

Various Artists - To Cry You a Song: A Collection of Tull Tales – At first thought, this disc had the possibility of being not just another tribute album with renditions of classic songs by wimpy bands and weird line-ups. But as with some expectations, they can tend...  (1996) » Read more