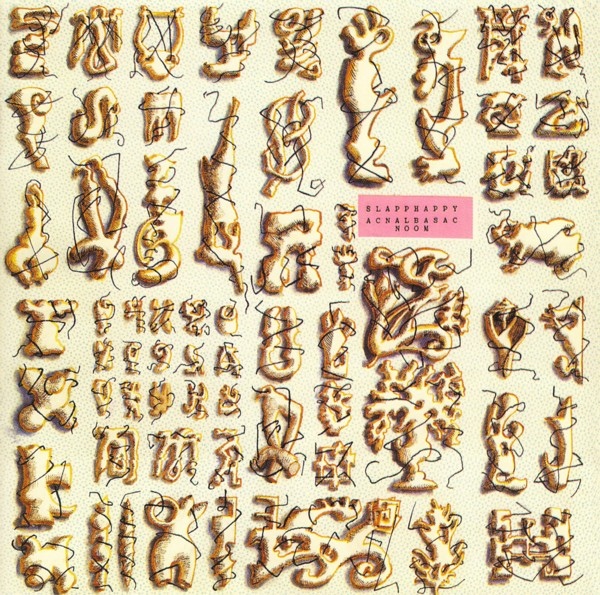 Dagmar Krause’s singing tends to be one of those divisive factors in music. A lot of people really detest her voice, mostly due to what they’ve heard on later recordings like Art Bears. For those people, the good news is that she’s less extreme on this album. She does most of the singing on the tunes of Anthony Moore and Peter Blegvad, and I feel her intonation is a bit off at times, and her delivery sometimes awkward (not surprising given the often tricky lyrics and unusual melodies). But there’s something oddly appealing about the overall result. Admittedly that’s a very subjective statement, but this is after all a review, not a news item. The style here runs a fair gamut, from twisted cabaret to art rock to pseudo-bossa-nova and near-tango to what you could describe as 60s girl group parody. The instrumental parts are played somewhat sloppily, an intentional choice I expect. While this music is by no means epic, a lot of craft went into the compositions, which take established pop conventions and turn them on their sides. Four bonus tracks are added: the throwaway disco exercise joke “Everybody’s Slimmin’”; a pair of tracks that later ended up on Blegvad solo albums; and a single Krause composition, the odd and intriguing “Messages.” As a Henry Cow and Peter Blegvad fan, this album had been on my wish list for many years, and it’s nice to finally have a copy. Worthy if not essential.

After recording Sort Of, a second album emerged but Polydor pulled the plug and Uwe Nettelbeck signed both Faust and Slapp Happy to the burgeoning Virgin label in the UK. They re-recorded the music with UK musicians along with all the studio bells and whistles for the 1974 release Slapp Happy aka Casablanca Moon. The original tapes were buried in the vault, eventually seeing the light of day in 1980 as Acnalbasac Noom. 36 years later Tapete Records is reissuing this album as both an LP and CD with four bonus tracks on the CD. As with Sort Of, I believe that the Tapete reissue is the same as the earlier Voiceprint reissue. A big difference between Sort Of, where the vocal duties were equally shared across the disc, and Acnalbasac Noom is that Dagmar Krause sings lead on all but the bonus tracks. Dagmar’s voice is rightly noted as an acquired taste, but on Acnalbasac Noom her vocal stylings are still “mainstream” and easy on the ears, reminding me of Annisette Koppel from The Savage Rose. The songs on the album are a continuation of Anthony Moore’s take on the music of the time. The lyrics on some of the songs are so dense with words that they must have been extremely challenging to sing and be satisfied with the take. Once again there is a mixture of cabaret, Euro-pop, country rock, rockabilly, and prog rock. There is even a 16 second track of silence “Blank” that must be a reference to John Cage. The one track that seems really out of place is the bonus track “Everybody’s Slimmin’.” This is a pseudo-disco / New Wave / Hip Hop / Rap song with crazy twisted lyrics with a great dance beat, somewhat in the style of M and “Pop Music.” Of these two albums, Sort Of is the better. While not an essential album from the early 70s, any fan of Slapp Happy, Henry Cow, Art Bears, etc. would find Acnalbasac Noom a welcome addition to their collection.