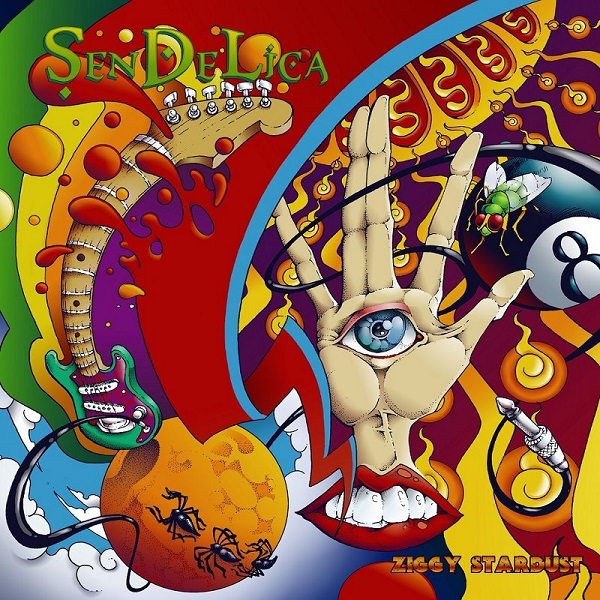 Sendelica provided a live version of “Ziggy Stardust” on the Fruits de Mer 2016 Annual Fame and now this April sees a new FdM single with two extended versions of this Bowie classic reinterpreted by these Welsh spacerockers. The live version was about a minute longer than Bowie's, but both versions on the single clock in at over seven minutes each! The A-side features a slower, more introspective reading of “Ziggy Stardust.” There is a considerable amount of processing that makes it quite different from the live version. The only constant factor is the female vocalist. On the flip side, Astralasia’s Marc Swordfish took Sendelica’s version and overhauled it, making the song totally unrecognizable from the cover version. The remix is more of an ambient soundscape, with Marc retaining some of Sendelica’s music. The vocals are ghostly and appear from time to time, lending the whole track a Bladerunner vibe. And of the two, I prefer the remix.