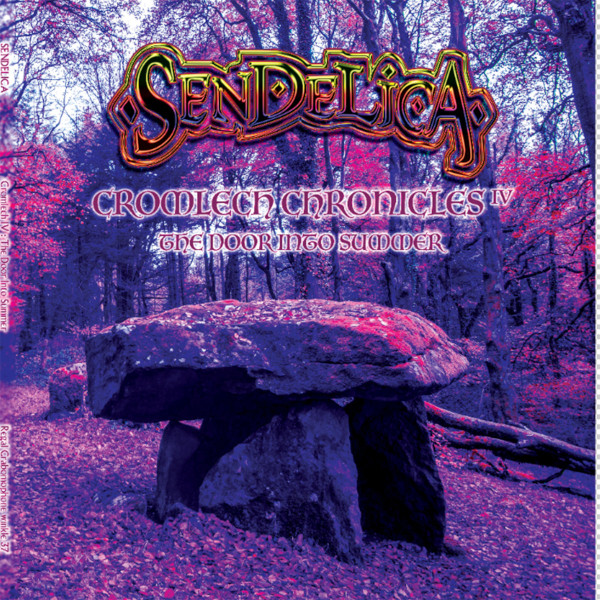 Chromlech Chronicles IV is the final installment of the Sendelica series of extended instrumental jams. To end this series Sendelica and Fruits de Mer decided to release something special — a double LP, but with three long tracks in the 20-minute range, and a fourth blank side overprinted in UV full color. This is a new technique offered by the Record Industry pressing plant, not actually a picture disc but instead a disc with a picture on it. It actually feels like stickers that should peel off but don’t. The music is fantastic and is Sendelica’s take on the summer of West Coast USA circa 1967-70, a door of perception opening into the jamming delights of Jefferson Airplane, Grateful Dead, Blue Cheer, Iron Butterfly, and The Byrds. This musical journey begins with “Lightstar,” a slow mellow jam with similarities to the Dead’s “Darkstar.” Next is “Saturnalia,” a jam that slowly builds to a hypnotic climax that reminds me of the Airplane at their freakiest and even the modern day Wooden Shjips. In my opinion, the third track “Nine Miles High - Lightstar Reprise” is the best of the three. This is a superb psych freakout jam with the “Eight Miles High” riff. You cannot go wrong with Sendelica, and there are still copies available from FdM.