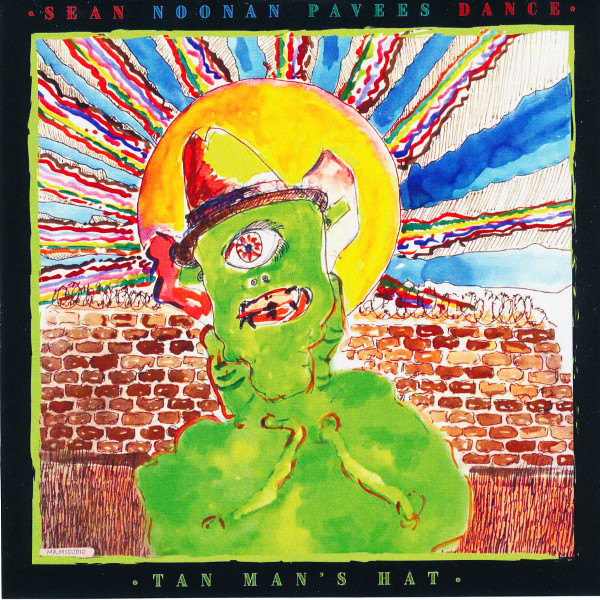 Sean Noonan’s project called Pavees Dance is a very unusual entity that makes very interesting music. Jazz and rock meld to back mostly-spoken vocals in a way I’ve never heard before, with distinctive musicians in all positions. The vocals come from Malcolm Mooney, who was in the original incarnation of Can back in the late 60s, and he provides poetry that is by turns cosmic, philosophical, and humorous, delivered in shouts, whispers, and sometimes even singing, with lyrics either his own or in collaboration with Noonan or Guenther Janovsky. Several pieces have science-fictional themes, bringing to mind a more rock-oriented Sun Ra. Ava Mendoza’s wild guitar is another defining factor, bringing in sounds of avant-noise rock, dissonance, and unpredictable wails. Her work is stellar, completely lacking in guitar clichés, veering off in unexpected directions, yet quite capable of rocking when the music turns that way. On bass is the well-known jazz and funk master Jamaaladeen Tacuma, though his trademark slapping of the 80s is not much in evidence. He contributes a solid bottom end that ventures into melodic territory at times and gets in a lot of creative fills. Keyboards are played by Alex Marcelo, leaning heavily on Hammond organ and Rhodes electric piano sounds; sometimes he provides an anchor of sanity while chaos swirls around him, and at other times he goes nuts or latches onto unusual voicings for his chords. Noonan’s contributions on drums provide momentum without relying much on regular patterns. He’s much more jazz oriented, though he packs a lot of punch and often abandons timekeeping in favor of free-flowing torrents of notes, somehow not killing the energy when he does so. Tan Man’s Hat is a breath of fresh air in both jazz and rock that provides surprises around every corner, managing to be both artistic and fun.