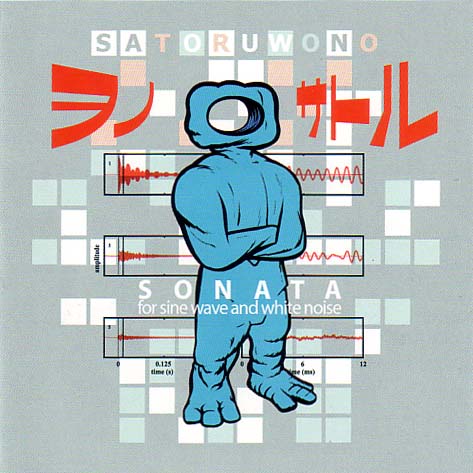 Click. Shhhhhsshh. Bleep. The first minute of “Overture” sounds something like a couple of malfunctioning cell phones making random sounds. Then the beeps and hiss begin to take shape and find regular patterns, forming a set of basic rhythms, which eventually drives the piece to its conclusion three and a half minutes later, by which time the piece has developed into something along the lines of primitive techno. “Canon” uses sweeping oscillators and sine wave bursts to create another nifty rhythm that’s over in a couple minutes. Then the “Sonata” proper, time for a side-long serious piece in four movements; again the sounds are all what one might find on your typical electronic lab bench – various squeaks, pulses, beeps, and wide-band noise form fundamental patterns in sonic textural overlays; sometimes it’s all fairly random and scattered, other times it flat-out grooves with a driving persistence. The second movement, “Scherzo,” finds a particularly cool rhythmic pattern and almost rocks. Despite the academic sounding title, this is not that far from some of the stuff one might hear on a typical Conrad Schnitzler album. The minimalist “Adagio” is really just one steady repeated note, with varying overtones, harmonics, and the occasional embellishments of a simple sweep oscillator. The disc closes with “Variation in A,” another sidelong minimalist opus that could have benefited from the more succinct treatment of the shorter tracks. All taken it’s an interesting disc, but held back somewhat by the limited sonic palette employed.