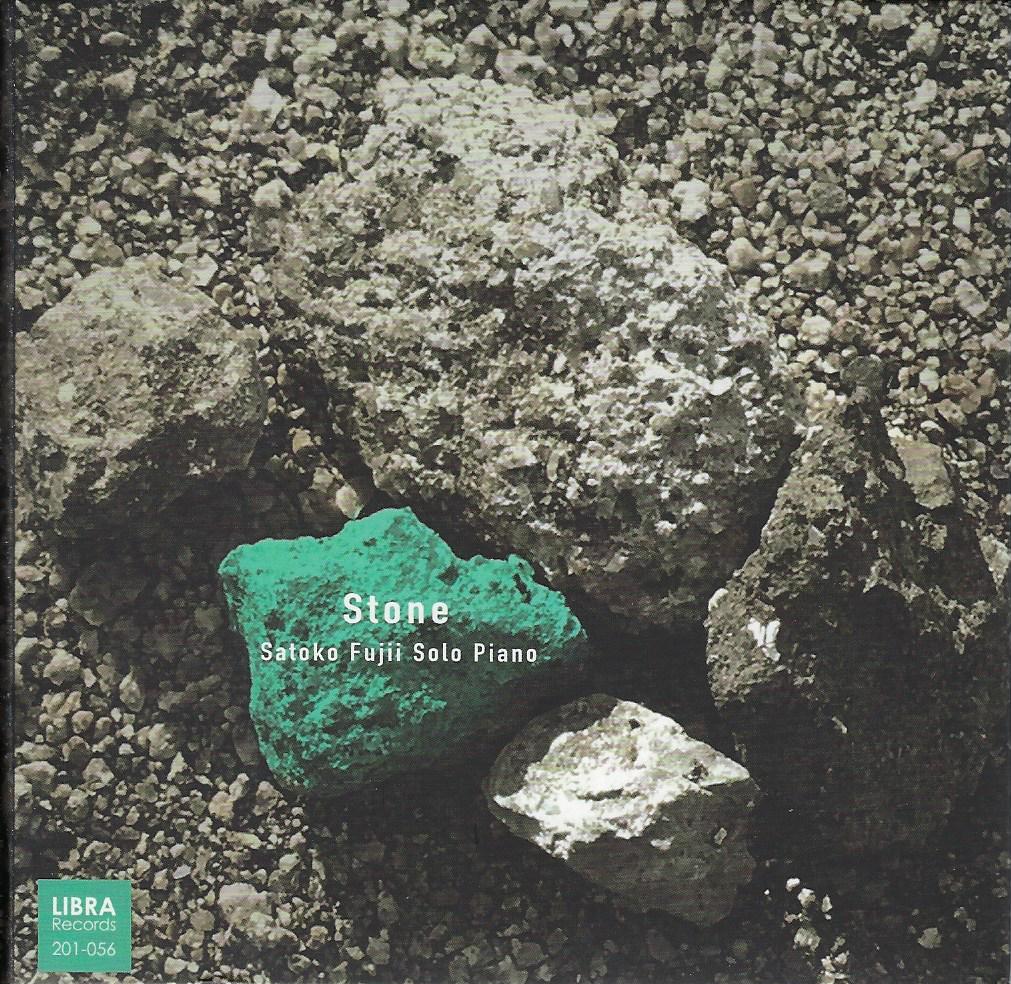 Satoko Fujii piano solo Stone, not what you think! Yes, these fifteen pieces are most definitely performed solo on piano, but using mostly extended techniques, rather than sitting at the keyboard playing notes and chords. The album was inspired by the memory of her late grandmother, who lost her hearing late in life, and said that since she had become deaf, she could hear beautiful music the likes of which she had never heard before. Beautiful music that couldn’t be heard when her hearing was normal. This, for Fujii, was inspirational, and a challenge to take her music into new places, previously unimagined, and perhaps unimaginable. Here, the entire piano becomes a source of sound, every part of it. Some conventional elements of piano surface on almost every track, in fact the beautiful “River Flow” at just a little over one minute is purely within the conventional standards. Some of the extended techniques used are easily detectible, for example on the opening track “Obsius” she extracts a thundering sound and then proceeds to play the internals of the piano by playing the strings directly like a harp; others are far more mysterious, Like “Trachyte,” where she elicits a continuous tone from several strings simultaneously, possibly through bowing, creating haunting chord-like structures that flow and ebb throughout the piece. In “Chlorite” it almost sounds like the strings are being bowed with sandpaper or emery boards, along with some other manual string methods, until a bit of conventional playing reveals that the strings have been treated with something to make them rattle, perhaps foil or paper. And of course throughout we hear the occasional sound of the wooden parts of the piano being struck percussively. And probably just as often I have no idea how the sounds are being produced, often what comes forth is only marginally melodic or harmonic, but nonetheless interesting as sound exploration goes. Stone is probably not everyone’s cup of tea for everyday listening, but there is enough here that qualifies as recognizable and melodic that, when combined with the overtly experimental elements make it an interesting sonic adventure.

The Moody Blues - The Magnificent Moodies – In December '64 The Moody Blues first hit the U.K. charts with a cover of U.S. soul singer Bessie Banks' "Go Now," with its expansive harmonies sounding a bit like a British take on the Righteous...  (2007) » Read more