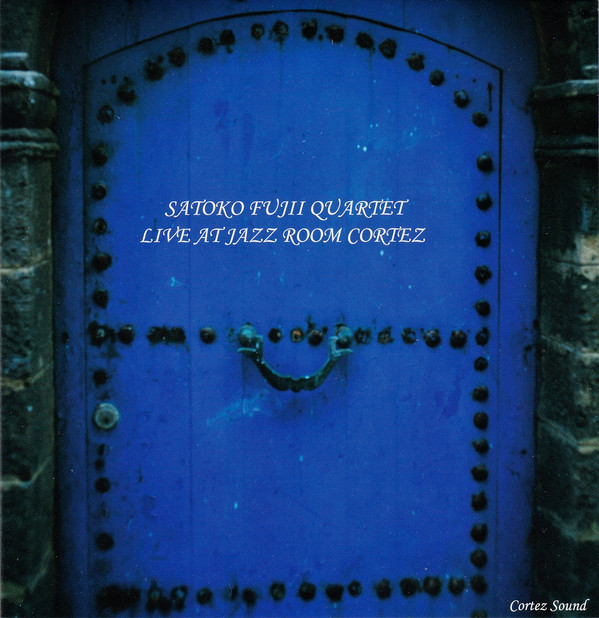 We have reviewed a lot of Satoko Fujii releases over the years at Exposé, some solo, duos with various other players, various trios, her jazz quartet, and many by orchestras she leads in cities all over the world, as well as various other groups she is involved with (Kaze, Gato Libre, and others). We have sixty releases on her artist page, and I’m sure we are missing some. One of the first albums I recall hearing by Fujii was Looking out of the Window, essentially a trio of Fujii on piano, with double bass and drums (Mark Dresser and Jim Black, respectively), and at a mere seven-and-a-half minutes, the title track was one of that album’s finest pieces, a masterful morsel of contemporary jazz. Here, all these years later, she has chosen to rework the piece with the current quartet lineup into a sprawling 31 minute improvisation with the original composition at its core, the group at hand assembled especially for a follow-up performance at Jazz Room Cortez in Mito, Japan on December 22nd, 2016. The quartet includes trumpeter and long tme collaborator Natsuki Tamura, drummer and percussionist Takashi Itani, formerly a member of Qui as well as other ensembles, and probably the one ingredient that makes this album so very different from others by Fujii is violinist and vocalist Keisuke Ohta. His amazing playing and diplophonic vocalizations (think Demetrio Stratos) and chanting take their free-jazz improvisations into entirely new and unexpected directions. Fujii’s playing is emotional and beautiful throughout as always, and Itani adds some interesting tuned percussive elements, giving parts of the piece an almost-Indonesian flavor. The opening piece “Convection” is also a re-arrangement of a piece on the 2013 trio album Spring Storm, which featured Itani and bassist Todd Nicholson, and stands equally strong as it morphs from one section to the next across its eighteen minute duration. There are only the two long pieces here, but therein lie many secrets to explore over numerous spins. After at least two dozen plays, I am still hearing new things each time.

Gothic Lunch - Gothic Lunch – Marco Cimino of Errata Corrige mixed this and it says on the back that he wrote the songs, however on the inside it says he didn't write anything and only played piano on one track. In reality,...  (1996) » Read more