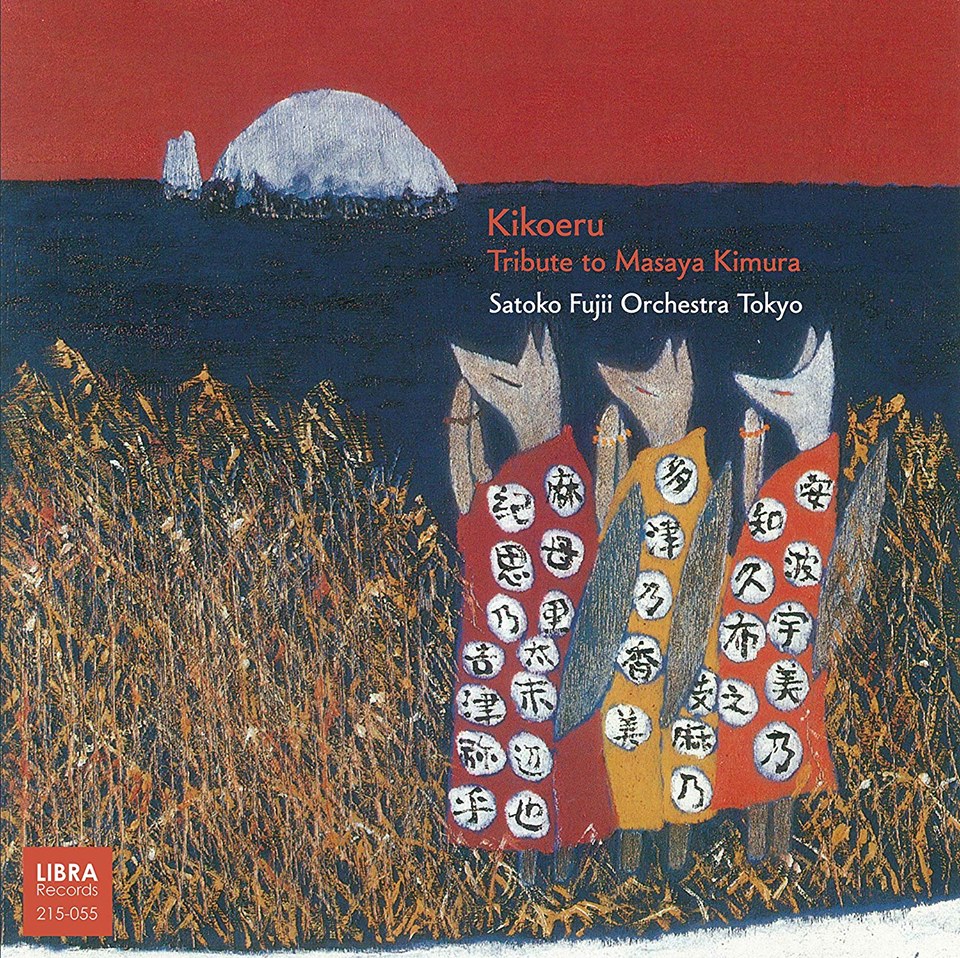 For the finale of Satoko Fujii’s kanreki or 60th birthday celebration, release number twelve of twelve, is a tribute to tenor saxophonist Masaya Kimura, who sadly passed away in 2017. He played with this group on their previous release Peace (2016, recorded in October 2014) which itself was a tribute to their guitarist Kelly Churko, who passed since the group’s previous recording Zakopane (2010). The group’s sixth release in nineteen years, nobody can claim they are flooding the market with product, but this one is very different, six very different compositions (four written by Fujii, two by trumpeter Natsuki Tamura) explore a wide range of feelings and emotion, from a very relaxed and peaceful journeys like “Kikoeru”, that seem to drift freely, exploring collective nuances that sometimes feature only a few players, and even pausing at times in total silence, to imposing pieces like “Neppa” with all cylinders firing at once in a funky jazz meets big-band romp. There are five saxophonists (covering the full range of instruments), four trumpeters, three trombonists, bass, and drums. Fujii, in addition to her role as composer, conducts the fourteen piece ensemble. The opener “Amadare” starts softly with random solo bits between the various players, but starts taking shape as the piece proceeds, with a punchy rhythmic attack that propels it forward along with random flourishes, solos and brilliant outbursts that add melody and color through the proceedings until it reaches its near-ten minute conclusion. The seventeen-plus minute “Farewell” is the centerpiece of the disc, a slow and solemn tribute to Kimura, building with melodic intensity and power as it goes forward in an almost anthemic manner, peppered with numerous improvisational sections for various players. Tamura’s two compositions come at the end, a bit more crazy and freewheeling, one can even hear some shouting and jubilation during the appropriately titled “Stop and Go” before it gets organized into a funky groove. The closer “Ah Dadada” begins with a purely wordless vocal section with call and response, all before the instruments come in at the minute-and-a-half mark, but the vocalizations don’t stop there; it’s a fun and crazy seven-minute romp that closes the disc on an up-note. Even though this is the last of the kanreki celebration, I’m sure we’ll be hearing a lot more from Fulii and her various big bands and ensembles around the world. Kikoeru is an especially worthwhile release in this series.

Cul de Sac - Ecim – This four-piece from Massachusetts offers a free-wheeling neo-psychedelic sound that finds itself at home somewhere between current bands bands like Porcupine Tree, and the experimental music of...  (1994) » Read more